The Sons of Belial

So the Famine increased in the Land, for the grinding of the Millstone was low, and the Poor waxed faint for Want of Bread: for as the Price of Bread grew great the Wages of the Poor decreased: for the Merchants who confederated with the Sons of Belial refused the pay the Workmen their accustomed Wares for their Work.

It has been generally accepted that the eighteenth century witnessed a series of transformative processes that dramatically changed the social, political and economic fabric of Britain, yet few have determined just when and where the transformation began to have meaningful effects. The process of industrialisation had undoubted revolutionary significance, not only in the manner in which it became integral to the commercial prospects of the country, but also that it gave birth to a distinctly different set of interpretations of how the economic process would take place.
The region that initially saw the dawn of these new processes and industrial practices was the North-West of England. This book investigates how this process was begun, how the communities of working people were affected by these developments, and how they reacted. It looks at these transformations in a regional context and how this inter-related with national developments. The framework is widened to include important national and regional political and social developments that intersected with the momentous economic conversion from a system that had been in place for generations to one which was radically different and contained a set of values and practices which had far-reaching ramifications.
The labouring classes held that the preservation of customary practices were both a guarantee of their established rights and were integral to the functioning of the industrial system. Indeed, they were convinced that they possessed the right to protest and to take matters into their own hands.

Will ye bow down your Necks to the Yoke of Oppression? Will you lay down yourselves at the Feet of those who would make you and your Wives and your Children their Bondsmen; yea their Slaves as long as any of them endure! 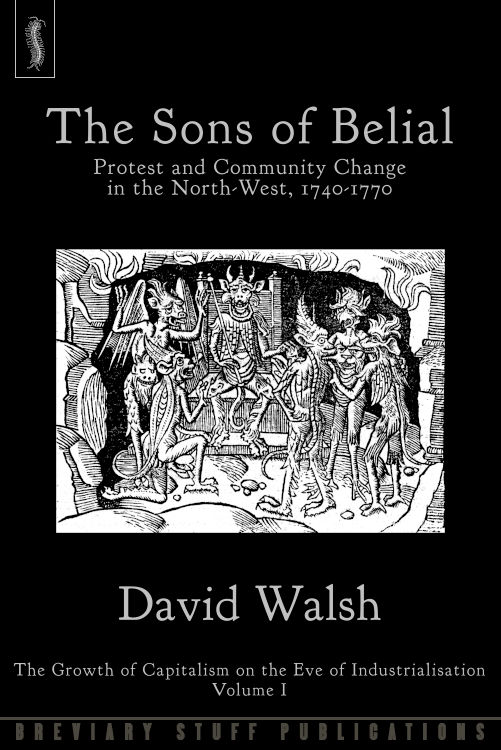