Our Masters Are Helpless

Engineer George Barrett was one of the anarchists’ key organisers through the period of the Great Unrest of 1910-14, a syndicalist-led uprising which shook Britain just before the first world war began.

A writer for anarchist journal Freedom, he also founded the Anarchist alongside producing several seminal texts both before and during World War I, until his untimely death in 1917.

This selection of Barrett’s essays, edited by Iain McKay, offers a unique political view from the time and his arguments remain incisive. Iain McKay has produced several of the best anarchist essay selections available today. Most famous as lead editor of the enormous Anarchist FAQ, he has also brought out the collected works of Pierre Joseph Proudhon and Peter Kropotkin in recent years.

From Bristol came George Barrett, who flashed like a brilliant meteor over our horizon.
~ George Cores, Recollections

One of the first, and best, anarchist pamphlets I ever read was Barrett’s Objections to Anarchism.
~ Colin Ward

“Our Masters Are Helpless leaves us in no doubt as to the ability of Barrett as a writer and thinker and we can only mourn his early loss to British anarchism. This is essential reading.” (full review at Kate Sharpley Library) 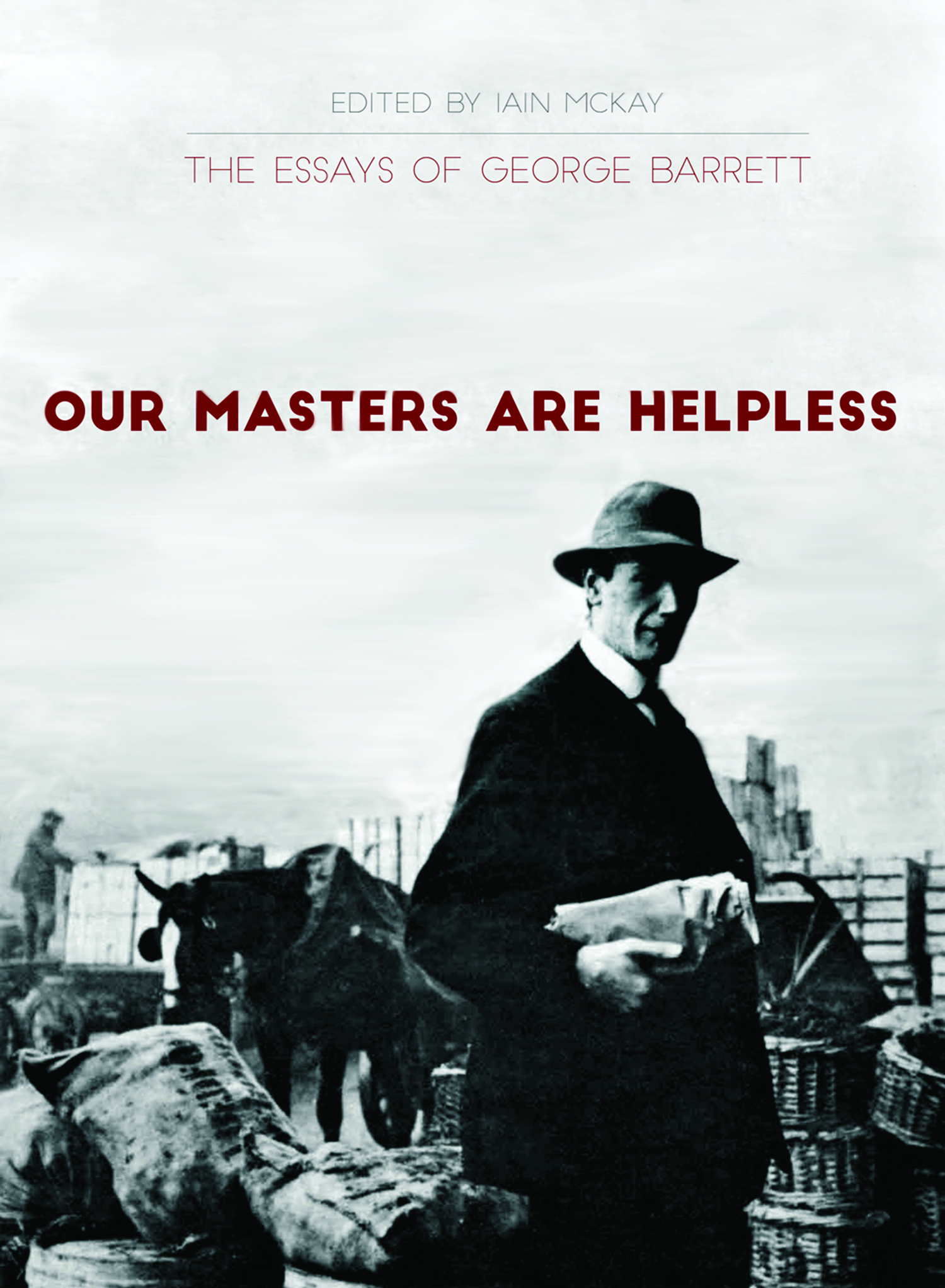