Alex Comfort, who was born in 1920, is best known nowadays as the author of the phenomenally successful Joy of Sex. But he is also a poet, novelist, critic, doctor, medical biologist, the pioneer of gerontology in Britain, a pacifist – and an anarchist.

From the early 1940s he was for a decade a prolific, combative and innovative writer on pacifism and anarchism, From this period his classic contribution to anarchist thought, Authority and Delinquency in the Modern State (since re-titled simply Authority and Delinquency), an application of the findings of psychiatry and social psychology to twentieth century politics.

This volume collects all the articles Comfort published in War Commentary and Freedom, most of his other social and political essays, as well as the most important of his Peace News pamphlets. the latter include Peace and Disobedience, the finest single statement of his highly individual and original anarchism. 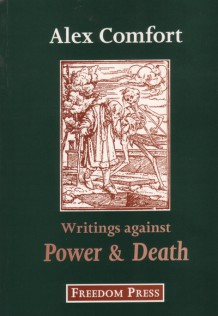