HOW TO WIN AT FEMINISM: The Definitive Guide to Having It All—And Then Some!

Feminism is all about demanding equality and learning to love yourself. But not too much – men hate that! From the writers of Reductress, the subversive, satirical women’s magazine read by over 2.5 million visitors a month, comes HOW TO WIN AT FEMINISM: The Definitive Guide to Having It All—And Then Some!

This ultimate guide to winning feminism—filled with four-color illustrations, bold graphics, and hilarious photos—teaches readers how to battle the patriarchy better than everybody else. From the herstory of feminism to how to apologize for having it all, readers will learn how to be a feminist at work and at home with tips that include:

HOW TO WIN AT FEMINISM is a fresh take on women’s rights through the lens of the funniest women in comedy today. With this book as your wo-manual, you’ll shatter that glass ceiling once and for all (but you’ll still need to clean up the mess).

This isn’t your mother’s guide to having it all. If you’d like to read that, please see Beyond Basket Weaving: Quilts, Birthing Stools, and Textiles or Neither Free Nor Equal: How to Win without Power, Property Rights, and Legally Recognized Personhood.” — JANEANE GAROFALO, actor and comedian

There is no better way to celebrate our wominity than delving into all of the bullshit that comes along with it. This book does just that while also mocking the sexist culture that made us this way. — LIZZ WINSTEAD, co-creator of The Daily Show

I didn’t understand why blood was coming out of my vagina until I read this book. This book is basically my fucking mother. — AUBREY PLAZA, Star of Parks and Recreation

“The writers behind the hilarious satirical website Reductress skewer the most ridiculous tropes and clichés of millennial-era feminism… Readers who cringe at popular culture’s use of the words spirit animal… and are tired of hearing about “having it all” will enjoy the irreverence.” — Publishers Weekly

“A complete “how to” instruction guide for women making their way in a ‘man’s world’, “How to Win at Feminism: The Definitive Guide to Having It All – And Then Some!” is informed and informative, thoughtful and thought-provoking, inspired and inspiring.” — Midwest Book Review

“This hilarious book from the creators of the satirical website Reductress is sure to make any feminist laugh. Filled with chapters like, ‘Menses: The Original Feminist Accessory’ and ‘How to Get Catcalled for Your Personality.’” — Bustle, “10 Holiday Book Gifts that Even The Pickiest Person On Your List Will Love”

“a clever holiday gift for any family member who thinks Beyoncé invented feminism” — Paste, “Reductress’s Creators on How to Win at Feminism in a Nation Reduced”

Reductress is a fast-growing, satirical website that takes on the voice of a stereotypical women’s magazine to deliver smart, wickedly funny content that subversively points out how the media has co-opted feminism in a strange and absurd way. Referred to as the “feminist Onion,” it pokes fun at the messages we’re fed from an early age and throughout adulthood. Headlines include “How to Make a Cry for Help Without Bothering Anyone” and “Maybe You SHOULD Smile: Cat-Callers Who Make Some Good Points”. Since its creation in 2013, it has exploded in popularity, with its on-point criticism wrapped in hilarious headlines and features, appealing to intelligent young fans of Lena Dunham’s Girls, and of course, Beyonce. Reductress was founded by Beth Newell and Sarah Pappalardo, the authors of this book.

Sarah Pappalardo is the co-founder and managing editor of Reductress, and a writer, performer and playwright living in Brooklyn. Born in Boston and raised in the wilds of New Hampshire, she has written and performed at IO Chicago, The Second City, and the Magnet Theater, and The Upright Citizens Brigade. She was previously an artistic associate for the Chicago-based Bare Boned Theatre, and her plays have since been performed in front of tiny audiences throughout Chicago, New York, and Philadelphia. With brief stints as an advertising producer and copywriter, Sarah has also learned to have a healthy love-hate relationship with the media landscape and working in general. 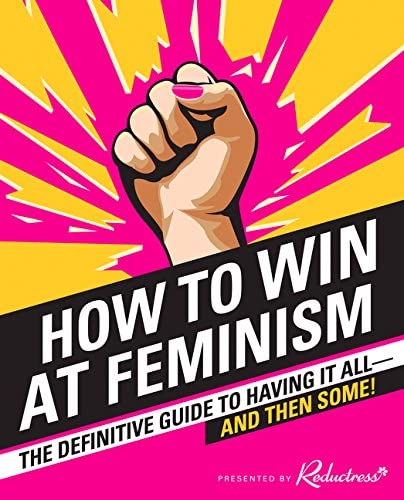