In 2009, cabin crew in the BASSA union embarked on a historic, two-year battle against British Airways which was seeking to impose reduced crew levels and to transform working conditions. In the face of employer hostility, legal obstruction, government opposition and adverse media coverage, this workforce, diverse in terms of gender, sexuality, race and nationality undertook determined resistance against this offensive. Notably, their action included twenty-two days of strike action that saw mass participation in rallies and on picket lines. The dispute cost British Airways 150 million in lost revenue and its main outcome was the cabin crew’s successful defence of their union and core conditions.

Here, in their own words, Cabin Crew Conflict tells the strikers’ story, focusing on cabin crew responses, perceptions of events, and their lived experiences of taking industrial action in a hostile climate. Foregrounding questions of class, gender and identity, and how these were manifest in the course of the dispute, the authors highlight the strike’s significance for contemporary employment relations in and beyond the aviation industry.

Lively and insightful, Cabin Crew Conflict explores the organisational and ideological role of the trade union, and shows how a ‘non-traditional’ workforce can organise and take effective action. 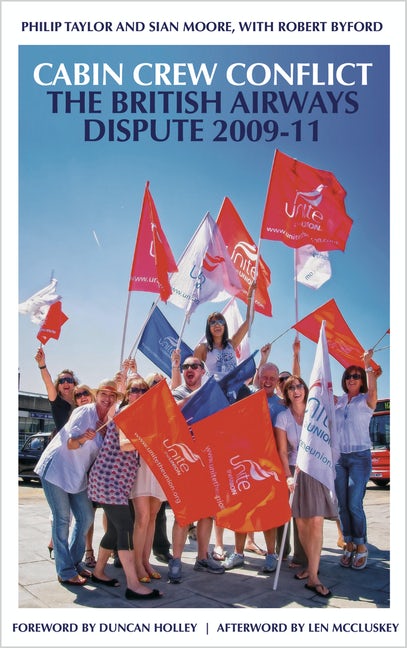