A New World in Our Hearts

From the Blurb:
Love and Rage was a revolutionary anarchist organization built by activists in the United States, Canada, and Mexico that sought to make anarchism relevant for the 21st century. Love and Rage made important theoretical contributions to the anarchist movement on questions of anarchist organization, race, and the centrality of fighting white supremacy. This book contains important documents from that organization that provide insights into the ideas and methods of Love and Rage that will be useful to activists, agitators, and those interested in the history of revolutionary thought in North America. 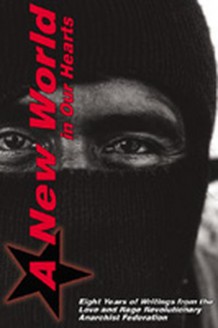