William Blake (1757–1827) was a poet, painter, engraver and visionary. Considered eccentric, if not mad, in his own day, he now appears as a key figure in English Romanticism. He listened to ‘Messengers from Heaven’ but he had his feet firmly on the ground and was involved in the central issues of his revolutionary age.

Throughout his life he remained a ‘Liberty Boy’, looking forward to a time when everyone would become priest and king in their own home, exercise the ‘Divine Arts of Imagination’ and see that ‘everything that lives is Holy’.

Peter Marshall’s study draws on Blake’s complete writings, his poetry and his prose. It offers a lively and perceptive account of his thought, ranging from his philosophy and his critique of existing society and culture, to his vision of a free world. Marshall presents Blake as a forerunner of modern anarchism and social ecology, and reveals the light which shines behind the misty mountain range of his symbolism and mythology. 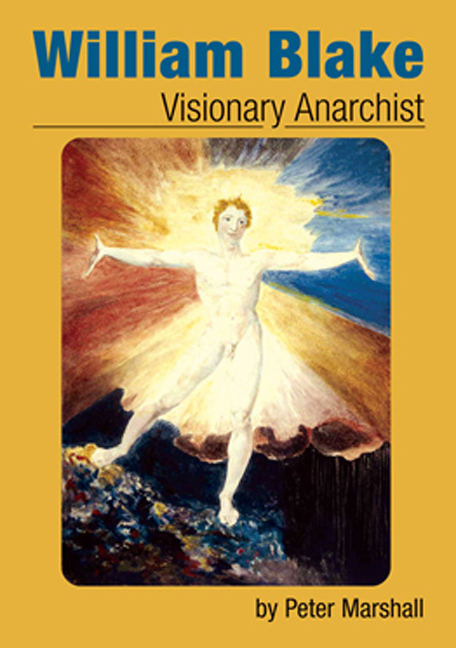