Kuwasi Balagoon was a participant in the Black Liberation struggle from the 1960s until his death in prison in 1986. A member of the Black Panther Party and defendant in the infamous Panther 21 case, Balagoon went underground with the Black Liberation Army (BLA). Captured and convicted of various crimes against the State, he spent much of the 1970s in prison, escaping twice. After each escape, he went underground and resumed BLA activity.

Balagoon was unusual for his time in several ways. He combined anarchism with Black nationalism, he broke the rules of sexual and political conformity that surrounded him, he took up arms against the white-supremacist state—all the while never shying away from developing his own criticisms of the weaknesses within the movements. His eloquent trial statements and political writings, as much as his poetry and excerpts from his prison letters, are all testimony to a sharp and iconoclastic revolutionary who was willing to make hard choices and fully accept the consequences.

Balagoon was captured for the last time in December 1981, charged with participating in an armored truck expropriation in West Nyack, New York, an action in which two police officers and a money courier were killed. Convicted and sentenced to life imprisonment, he died of an AIDS-related illness on December 13, 1986.

The first part of this book consists of contributions by those who knew or were touched by Balagoon. The second section consists of court statements and essays by Balagoon himself, including several documents that were absent from previous editions and have never been published before. The third consists of excerpts from letters Balagoon wrote from prison. A final fourth section consists of a historical essay by Akinyele Umoja and an extensive intergenerational roundtable discussion of the significance of Balagoon’s life and thoughts today. 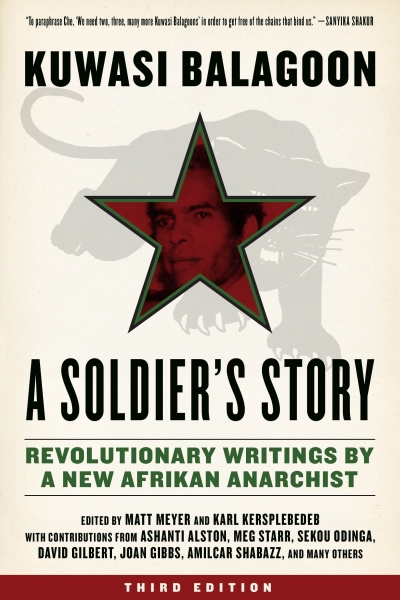