A Normal Life is the autobiography of Vassilis Palaiokostas, known to the public as the “Greek Robin Hood,” to police as “The Uncatchable.” His is an illegalist existence lived in defiance of the police and of the state, and for decades, it has been a life lived as a fugitive.

In Greece he has become a household name, a modern folk hero of sorts, taking millions in bank raids — including the famous Kalambaka heist, Greece’s biggest ever — and ransoming CEOs whilst distributing his gains to those who needed it. But he is most famous for his prison breakouts — infamously escaping the high-security wing of Korydallos Prison by helicopter.

Vassilis Palaiokostas is hated by the authorities, deemed a terrorist, his freedom a continued insult to the Greek State. Now his memoir, an instant bestseller in Greece, has been translated to English for the first time so he can tell his story in his own words. He does not offer any mealy-mouthed, “socially acceptable” justifications for his actions, but honestly elaborates his dreams and their totality.

A Normal Life is a gripping account of life on the run and in jail, of car chases, daring escapades and the camaraderie of the bandit. It is also the story of his motivations.

“The 1980s flew by in a blur of bank raids and capers, with Vassilis distributing the proceeds to anyone who sheltered him … Massive inflation in Greece saw the price of a beer quadruple between 1985 and 1992. The public grew more distrustful of government, and critical of corruption inside the state-run banks. This swelled the numbers of those prepared to cheer on the roguish Paleokostas brothers. An era of cat and mouse between the cops and the robbers began.”

The kidnap of Alexander Haitoglou:

“It was Vassilis’ view of treating even the worst of people with humanity which gave Haitoglou his sense of security. It didn’t take long for the magnate to assess the situation and realise he would be treated with a respect that, frankly, he did not afford others in his role as financier and friend to the reactionaries of Political Spring … When they dropped him off, Vassilis remembers, Haitoglou left them with a joke: ‘Guys, if only it didn’t cost that much, I’d very much like to have another adventure with you’!”

“It’s hard to ignore how romantic much of this is, his illegalist exploits make me smile, an underdog facing an insurmountable enemy, who takes them on and ultimately wins? Fuck yes. I am gripped by the accounts as much as any blockbuster movie … Vassilis fills the the role of the fearless fighter, a criminal sure, but he’s sticking it to the bastards who commit crimes a thousand times worse. His prey are the heartless bankers and corrupt capitalists. After all what kind of bank robber gives the loot to the poor?”

“Throughout his intellectual endeavour one can discern a duality in the character of (Vassilis’) writing. On the one hand his short, direct and everyday writing style narrates events in a fast flow, pushing the reader to constantly turn more pages. At the same time, however, the whole text is governed by an impetuous romanticism that challenges a socio-political model suffering from corruption — crystallised forms of which the author encounters in both the penitentiary and the judicial system of justice — producing inequalities of justice across the social, economic and political spectrum …

“Palaiokostas leaves to the reader’s judgment both the truth of what he says and the genuine definition of concepts such as ethics, justice, violence, and law, which makes his book timeless and worthy reading. In a society where the concept of democracy is constantly being reconstructed, enclosing different nuances depending on how it is read, perhaps the speech of a former prisoner deserves attention, for the sake of balance in this reading.”

“We need to pass on the peoples’ perspectives of inspiration and insurrection, Robin Hood and Boudicca, mischief and mythology, Loki and Eris, our own cautionary odysseys, fishing tales of oh-my-god-I-can’t-believe-we’re-doing-it, Icarus’ blaze of glory rather than Orpheus’ glance back as he weakened at the last. We need our own epics of the weak growing strong, the impossible made manifest, the spark that would become an inferno.”

The story of the Palaiokostas brothers is one of struggle against an increasingly totalitarian world of laws and extreme social inequalities. They present an inspiring contradiction to the dominant narrative of our times, of consolidating State power and the invincibility of capitalism. Published with its author still on the run, this book itself is an act of resistance, and an affirmation of life and freedom.
Peter Gelderloos, author, How Nonviolence Protects The State

Property and prison — a snug fit, built on violence — got blown apart when the goat shepherds went hi-tech. Vassilis, his bother and ‘The Artist’, helicopters and all, pay no respect to its walls and keep the reader, as well as the cops, on our toes.
John Barker, author, Bending The Bars 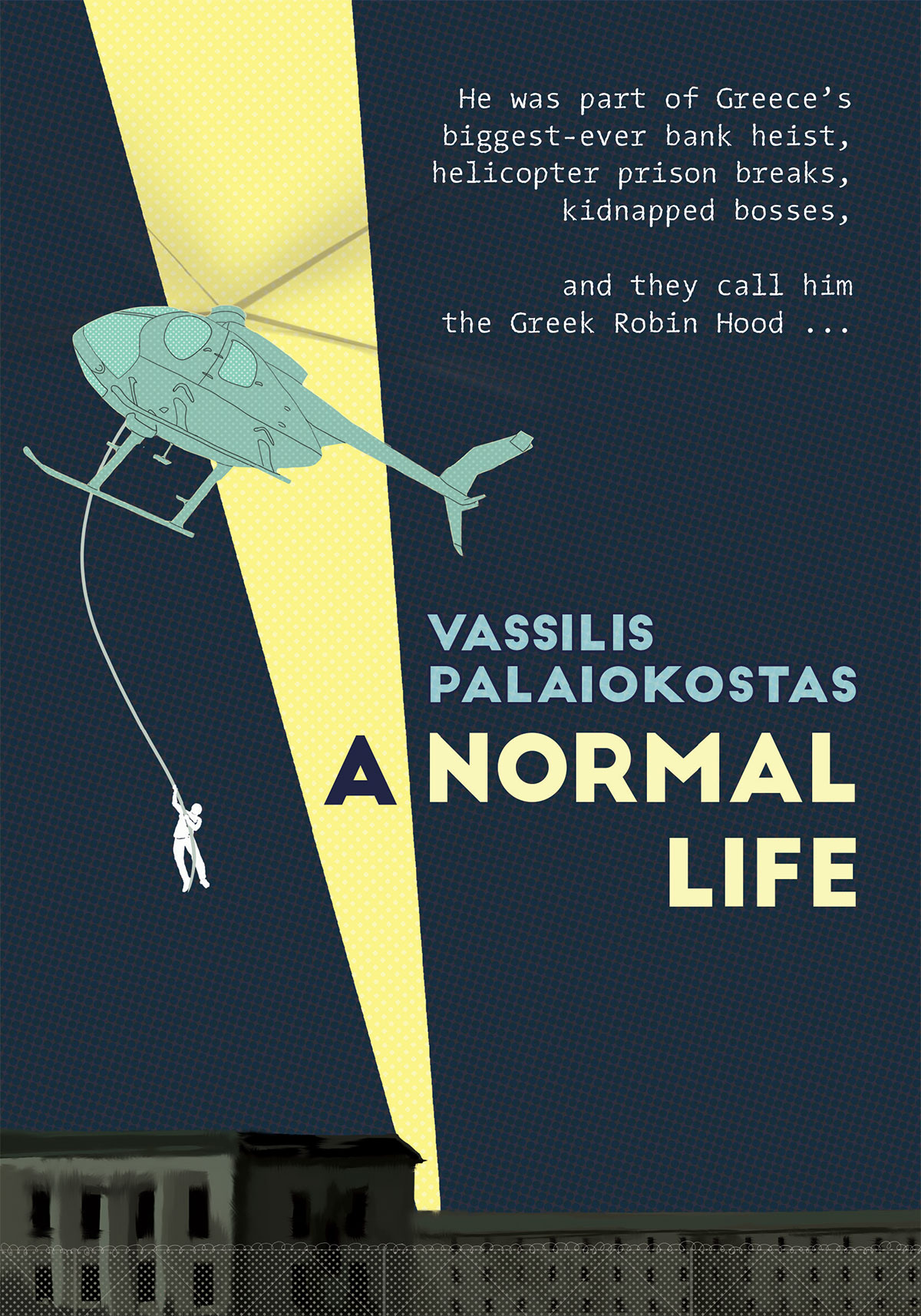