The Situationist International: A Critical Handbook

Formed amidst the incendiary violence and political turmoil of the 1960s, beyond the barricades, the Situationist International (SI) remains to this day influential in anti-capitalist cultural, political and philosophical debates.

Looking at philosophy, sociology, critical theory, art, architecture and literature, The Situationist International is an up-to-date and comprehensive survey of the SI and its thought. Leading thinkers analyse the SI’s interdisciplinary challenges, its roots in the artistic avant-garde and the traditional workers’ movements, its engagement with the problems of postcolonialism and issues of gender and sexuality.

Including contributions from key thinkers, including Anselm Jappe and Michael Lowy, as well as new and upcoming scholars, The Situationist International unpacks the complexity of a group that has come to define radical politics and culture in the postwar period. 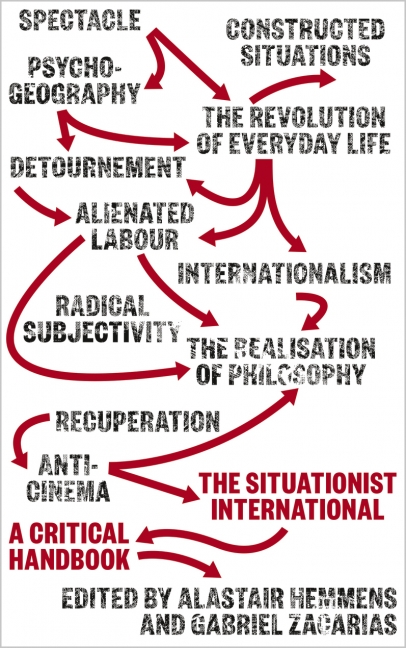