Enrages and Situationists in the Occupation Movement, France, May ’68

Published for the first time in English translation, this is the first-hand, insider’s account of the role played by these two radical student groups in the revolutionary events that rocked all of France in the month of May, 1968.
Here are the tracts and wall grafitti, the telegrams and photos, the songs and ‘detourned’ comics and most of all, the biting, informed, day-by-day accounts of the events in the words of one of the major participants.
From the scandal in December 1966 at the University of Strasbourg, where the ‘outrageous figure of the Situationist International’ first receivd widespread public attention, on through the events at the Sorbonne in Paris, and into the streets with the thousands of 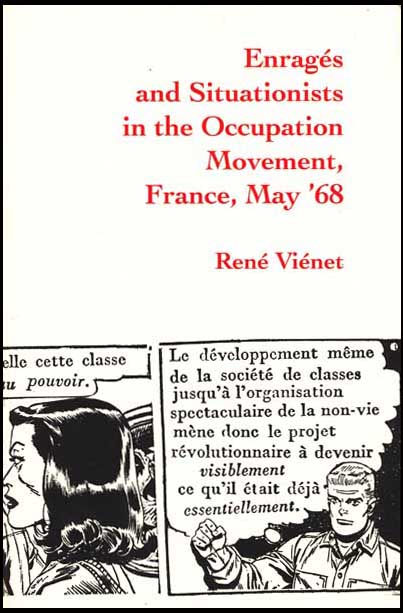