The pamphlets reprinted here were first published in the 1910s amid great controversy. Even then, the tactics of direct action and sabotage were often associated with the cartoonists’ image of the disheveled, wild-eyed anarchist armed with stiletto, handgun, or bomb—the clandestine activity of a militant minority or the desperate acts of the unorganized.

The activist authors of the texts in this collection challenged the prevailing stereotypes. As they point out, the practices of direct action and sabotage are as old as class society itself and have been an integral part of the everyday work life of wage-earners in all times and places. To the Industrial Workers of the World (IWW) belongs the distinction of being the first workers’ organization in the U.S. to discuss these common practices openly, and to recognize their place in working-class struggle. Viewing direct action and sabotage in the spirit of creative nonviolence, Wobblies readily integrated these tactics into their struggle to build industrial unions.

Direct action is recognized as a valuable and effective tactic by many movements around the globe and remains a cutting-edge tool for social change. Whenever communities in struggle find more conventional methods of resistance closed to them, direct action and sabotage will be employed.

This new edition from the Charles H. Kerr Library contains “Direct Action and Sabotage” (1912) by William E. Trautmann, “Sabotage: Its History, Philosophy & Function” (1913) by Walker C. Smith, and Elizabeth Gurley Flynn’s “Sabotage: The Conscious Withdrawal of the Workers’ Industrial Efficiency” (1916), edited and with an introduction by Salvatore Salerno. 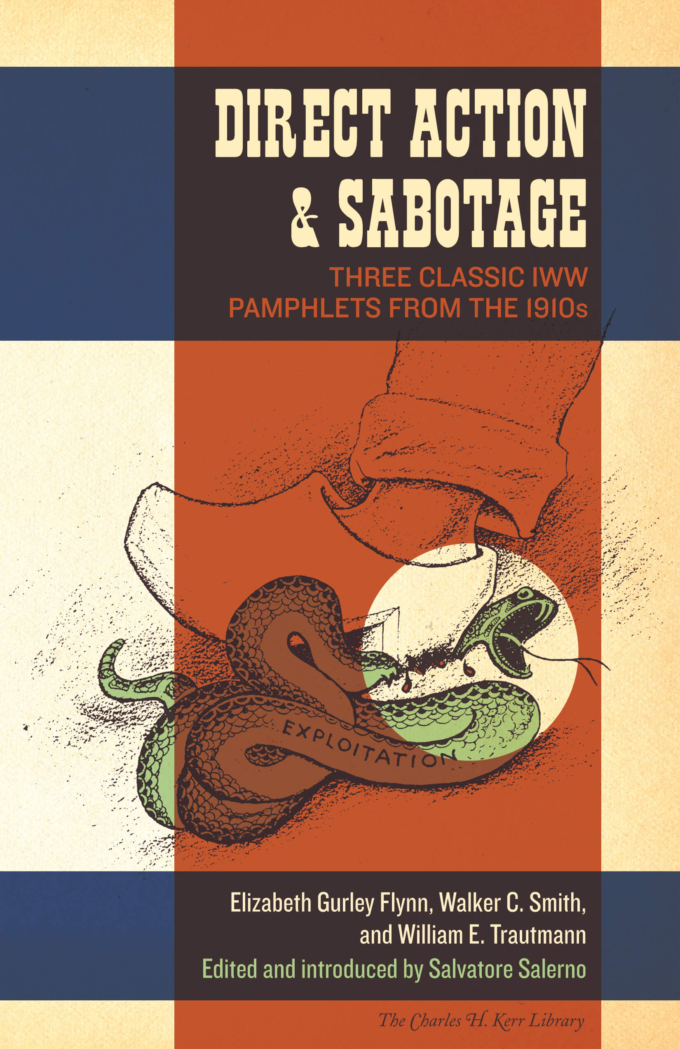