An essential introduction to anarchist theory and practice by one of the twentieth century’s great libertarians.

“One of the ablest leaders and writers of the French New Left describes the two realms of ‘anarchism’–its intellectual substance, and its actual practice through the Bolshevik Revolution, the Spanish Civil War, the Italian Factory Councils, and finally the role in workers’ self-management in Yugoslavia and Algeria. One sees in ‘anarchism’ a close kinship to libertarianism of the right, with its horror of state bureaucracy and hostility toward bourgeois (liberal) democracy. Noam Chomsky, perhaps Guérin’s American political counterpart, has written a concise and effective introduction which will add to the book’s campus appeal. An important contemporary definition of New Left aims and their possible directions in the future.” — Publishers Weekly 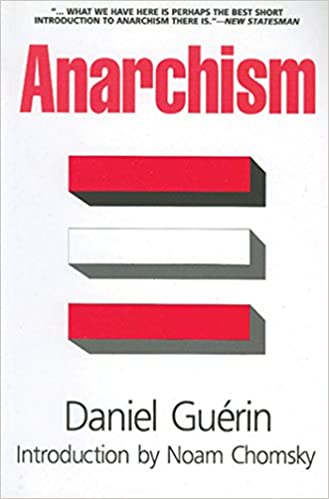