“That Voltairine de Cleyre remains a favorite historical figure of anarchists is due in large part to Paul Avrich’s seminal biography which brought her to life at a time when many of us desperately needed such a role model for feminists, anarchists, and advocates of free love alike. Avrich reveals her courage, her frailties, and her humanity on every page.” — Julie Herrada, Curator, Joseph A. Labadie Collection

When it was first published, An American Anarchist marked a trail historians of American anarchism are still following today. Narrative-driven like all of Paul Avrich’s works, it presents Voltairine de Cleyre (1866–1912), one of the first prominent American-born anarchists, and her comrades as complex human beings. Part of the free thought movement for many years, it was the Haymarket affair in 1886 that inspired her to adopt anarchism as a political philosophy. De Cleyre explored themes of freedom, unchecked political power, the subjugation of the individual, labor under capitalism, and feminism rooted in a practical anarchism that still speaks to us today. From her numerous writings and speeches, through the illnesses that plagued her, the assassination attempt that left her clinging to life, to her early death at forty-five, she worked tirelessly for her ideal. This edition includes a new foreword by historian Robert P. Helms.

Paul Avrich (1931–2006) was distinguished Professor of Russian History at Queens College (CUNY). He is the author of The Haymarket Tragedy and co-author of Sasha and Emma: The Anarchist Odyssey of Alexander Berkman and Emma Goldman, among many other books.

Robert P. Helmsis an independent historian from Philadelphia and the editor of Forty Years in the Social Struggle: The Memoirs of a Jewish Anarchist. 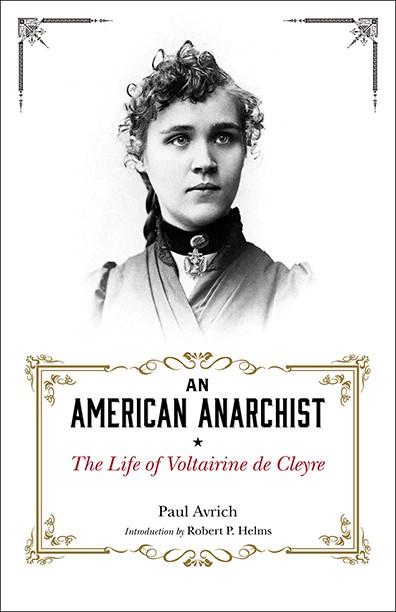