A Beautiful Idea: History of the Freedom Press Anarchists

Freedom Press is the oldest anarchist publishing house in the English-speaking world. Founded in 1886, the press has weathered wars, police raids, fascist attacks and innumerable internal crises while publishing some of the world’s most important libertarian thinkers, from Peter Kropotkin and Emma Goldman to Colin Ward and Murray Bookchin.

2018 marks 50 years since the Press bought its current home in Angel Alley, and to celebrate the occasion Freedom published A Beautiful Idea, attempting to draw out a narrative from its densely-packed history. Freedom was there to fight the corner of the Haymarket Martyrs in its first years and to stand against the needless slaughter of World War I. It took up the call in the Spanish Civil War, and its shop was bombed by the Luftwaffe in World War II. Its editors were arrested for sedition as the war ended, and provided some of the most influential libertarian writers of the post-war period. A mainstay of the 1960s revival, firebombed by the Nazis during the street confrontations of the 1980s, again in the 2010s – like the anarchist movement itself, Freedom may be small, but its story is huge.

Rob Ray has been involved with Freedom Press since 2003 both as an intermittent editor of its paper and website as well as through its publishing group. He is unrelated to the former enforcer for Canada’s Buffalo Sabres ice hockey team.

A beautiful idea, and a messy reality, by George F: “It’s reassuring to note that for the entirety of its existence, the Press has been a hotbed of ego clashes, impossible dreams and drunken furore. Indeed, at times it might feel almost archetypal. What is fascinating to read here is the sense of completion of a family-tree of relationships and stories placed together coherently and for the posterity of the future.”

Kate Sharpley Library Bulletin 97-98: ” I enjoyed some of the stories he’s gathered, like Martin Peacock’s account of ‘being woken in the early hours by two men trying to smash their way into the building. […] They were repelled by books dropped from the third floor. I particularly remember Leval’s Collectives in the Spanish Revolution doing significant damage.’ (p171). A Beautiful Idea is thought-provoking (especially where I disagree with his conclusions) but best read with a critical eye.” 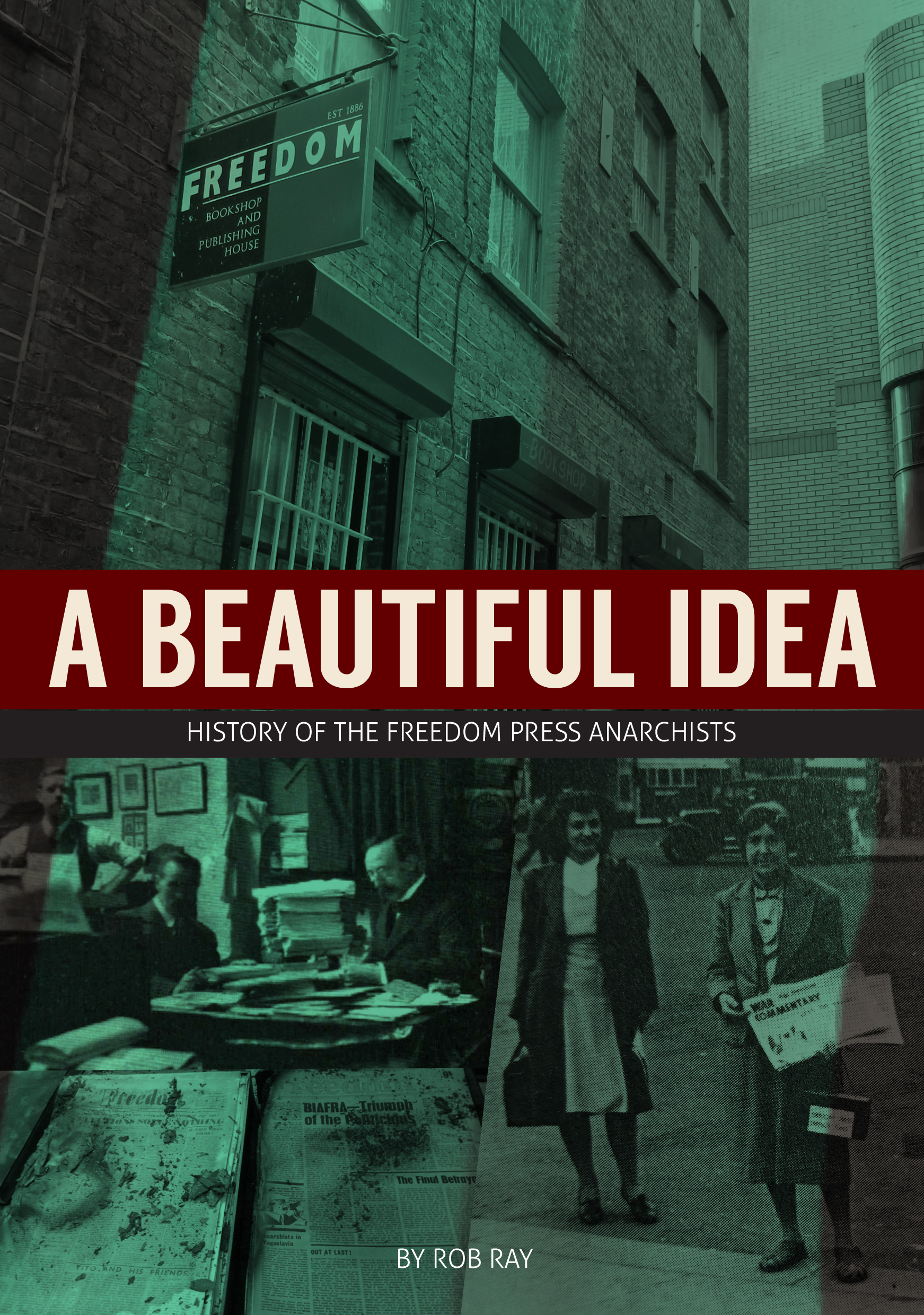