Punk and Anarchist Squats in Poland

Anarchism is a multifarious set of ideas which encompasses a myriad of approaches and strategies – including strands which are (at least in theory) mutually antagonistic. One such perceived antagonism is between ‘workerism’ and ‘lifestylism’ with their caricatured exclusive emphases on workplace struggles and consumption practices, respectively. Squatting is very often lumped-in with the ‘lifestylist’ pole of this supposed dichotomy, and usually in a derogatory manner.

The zine begins by laying out the connections between anarchism and squatting (and also legally rented ‘social centres’), before moving on to look at how these relationships play out in the context of Poland. Tensions around diverging tactics and approaches between squats are examined, as well as issues around repression of squats through eviction and legalisation. The key argument here is that anarchist and punk squats are a bricks-and-mortar example of anarchism in action, and that while they do perform a cultural and ‘lifestyle’ function, their impact is felt in a wide range of anarchist activisms, including typically ‘workerist’ forms, which complicates the workerist’/‘lifestylist’ dichotomy to the point of redundancy. 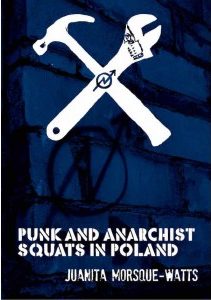