A City of Light: Socialism, Chartism and Co-operation – Nottingham 1844

In the dark days of the 1840s when Britain was hit by industrial stagnation, financial markets collapsed, and in Ireland famine stalked the land, working class pioneers sought new lives and futures, a new society of their own choosing – ‘a city of light upon a hill’. They were not alone.

From the claustrophobic yards of the parish of St Mary and the gloomy streets of Narrow Marsh they came, courageous women and men seeking enlightenment from libraries that were theirs, from books and newspapers of their own choice, asserting the right to freedom of association. As chartists, socialists, co-operators, they challenged the inhumanities of the Poor Law; contested charges of sedition, blasphemy and riot; confronted the forces of established religion; and championed new forms of democratic control. Their struggles became beacons of hope.

These are stories from Nottingham in 1844, many of them previously untold, and their deeds resonate across the generations to this day. 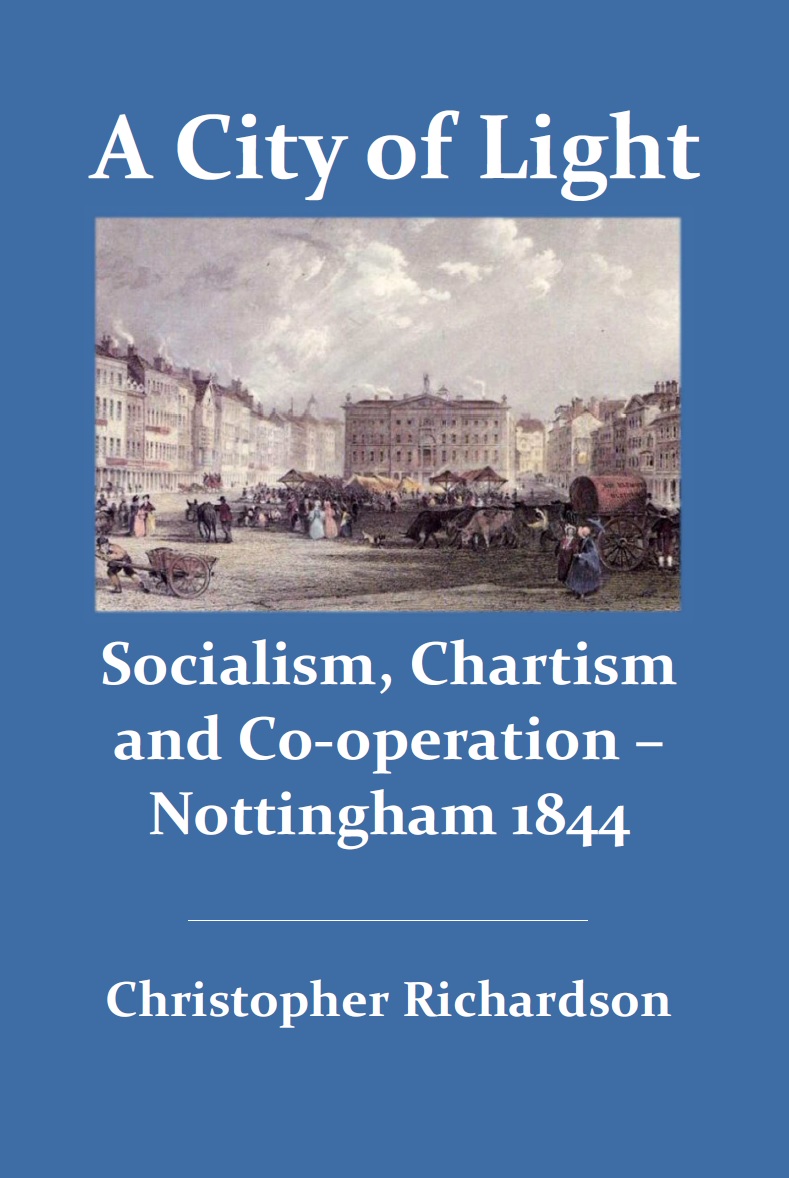