I’m really excited to have two of the fantastic Beehive Collective posters available in the shop. We have the last two posters produced by the collective, the Mesoamerica Resiste and The True Cost of Coal.

The posters are pretty big and incredibly detailed.

In 2008, the Beehive Design Collective allied with Appalachian grassroots organizers fighting mountaintop removal coal mining, a practice which blasts mountains into moonscapes to fuel the ever-growing global demand for electricity. We are all impacted by coal, and we all play a part in the system that demands coal as fuel. The Beehive’s True Cost of Coal campaign is helping more people understand the real impacts of our national energy choices, so we can build a sustainable future.

Details of the True Cost of Coal: 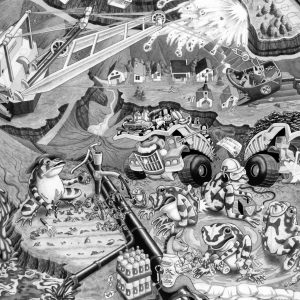 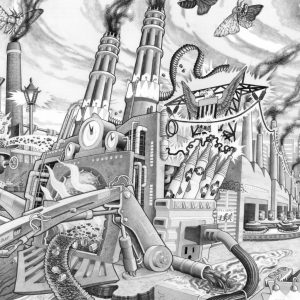 The Mesoamérica Resiste graphics campaign is the third and final image in the Beehive’s trilogy about globalization in the Americas This poster was 9 years in the making! This double-sided, folding poster illustrates stories of resistance,  resilience, and solidarity from Mexico to Colombia. A map drawn in old colonial style depicts the modern invasion of megaprojects planned for the region…and opens to reveal the view from below, where communities are organizing locally and across borders to defend land and traditions, protect cultural and ecological diversity, and build alternative economies. 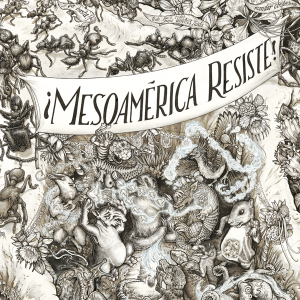 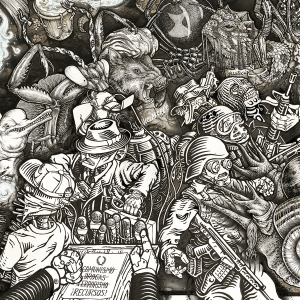 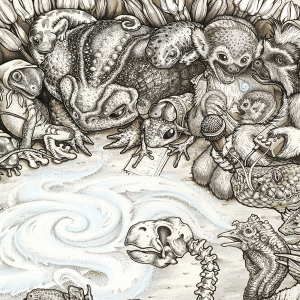 Come to the shop and see them. When we’ve found the space to put them up that is…