“No better volume exists to understand the nexus of alt-right bigotry and anti-fascist resistance in the United States than Fascism Today. Burley’s work is an essential ‘tool for opposition’ that brings to bear years of in-depth research and investigation into the resurgence of the far right. To destroy fascism, we must first understand it—that understanding starts here.”—Mark Bray, historian and author of Antifa: The Anti-Fascist Handbook

We can no longer ignore the fact that fascism is on the rise in the United States. What was once a fringe movement has been gaining cultural acceptance and political power for years. Rebranding itself as “alt-right” and riding the waves of both Donald Trump’s hate-fueled populism and the anxiety of an abandoned working class, they have created a social force that has the ability to win elections and inspire racist street violence in equal measure.

Fascism Today looks at the changing world of the far right in Donald Trump’s America. Examining the modern fascist movement’s various strains, Shane Burley has written an accessible primer about what its adherents believe, how they organize, and what future they have in the United States. The ascension of Trump has introduced a whole new vocabulary into our political lexicon—white nationalism, race realism, Identitarianism, and a slew of others. Burley breaks it all down. From the tech-savvy trolls of the alt-right to esoteric Aryan mystics, from full-fledged Nazis to well-groomed neofascists like Richard Spencer, he shows how these racists and authoritarians have reinvented themselves in order to recruit new members and grow.

Just as importantly, Fascism Today shows how they can be fought and beaten. It highlights groups that have successfully opposed these twisted forces and outlines the elements needed to build powerful mass movements to confront the institutionalization of fascist ideas, protect marginalized communities, and ultimately stop the fascist threat. 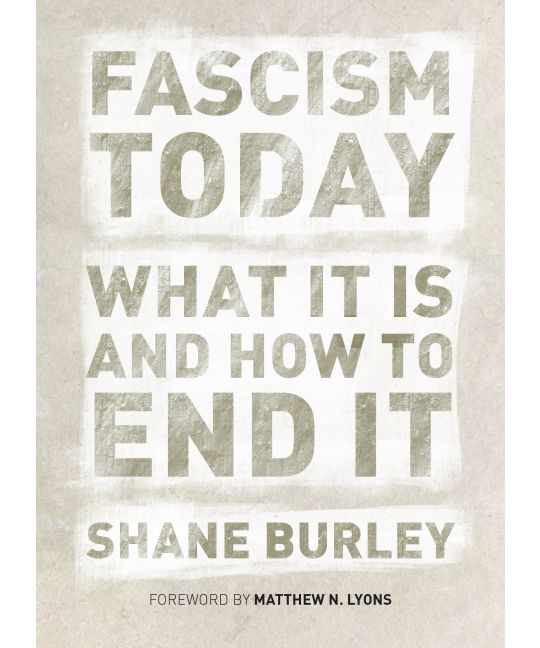