The Last Day of Oppression, and the First Day of the Same

In this penetrating volume, Jeffery Webber charts the political dynamics and conflicts underpinning the contradictory evolution of left-wing governments and social movements in Latin America over the last two decades.

Throughout the 2000s, Latin America transformed itself into the leading edge of anti-neoliberal resistance in the world. But what is left of the Pink Tide today? What are the governments’ relationships to the explosive social movements that first propelled them to power? And as China’s demand for Latin American commodities slackens, is there a viable economic strategy based on continued natural resource extraction?

In The Last Day of Oppression, and the First Day of the Same Webber approaches these questions through an analysis of capitalist accumulation from 1990 to 2015 in Argentina, Bolivia, Brazil, Chile, Ecuador and Venezuela. He explains these countries’ patterns of inequality through a decolonial Marxist framework, rooted in a new understanding of class and its complex associations with racial and gender oppression. He also discusses indigenous and peasant resistance to the expansion of private mining, agro-industry and natural gas and oil activities. The book concludes with chapters on ‘passive revolution’ in Bolivia under Evo Morales and debates around dual power and class composition during the era of Hugo Chavez in Venezuela. 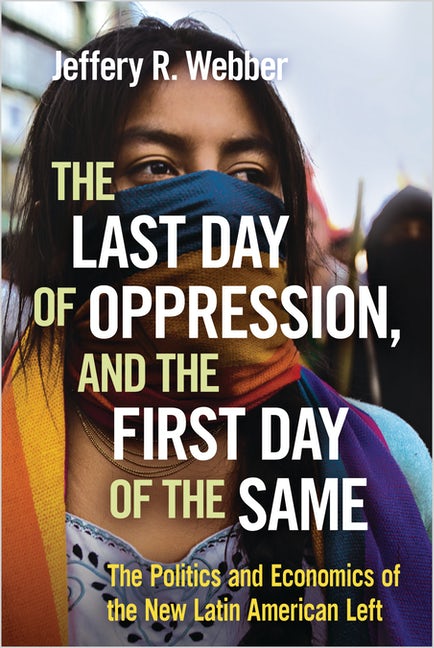