Your freedom and mine

“Only free men can negotiate. Prisoners cannot enter into contracts… I cannot and will not give any undertaking at a time when I and you, the people, are not free. Your freedom and mine cannot be separated.”–From a letter by Nelson Mandela during his imprisonment, February 10, 1985

A revolutionary imprisoned on an island fortress may hold the key to peace in the Middle East. The leader of the outlawed Kurdistan Workers’ Party (PKK), Abdullah Öcalan, is considered by many to be the “Kurdish Mandela”, courageously issuing proposals for peace even from his prison cell. His ideas on democracy, women’s liberation, and freedom have even inspired the remarkable Rojava Revolution in northern Syria. As Turkey descended into tyranny and Syria exploded in civil war, a peace delegation of European politicians, academics, and journalists, led by Nelson Mandela’s lawyer and Supreme Court judge Essa Moosa, repeatedly attempted to go to meet with Öcalan at his prison on Imrali Island. Your Freedom and Mine tells the story of these momentous delegations.

The book opens with an informative historical overview of the Kurdish Question, leading up until the optimistic opening–and eventual bitter failure–of the peace process in Turkey. It includes official documents and reports from the Imrali Delegations in Istanbul and Diyarbakir/Amed, which involved in-depth interviews with Kurdish and Turkish politicians, media, and civil society regarding the degenerating political and human rights situation. The final section is a collection of testimonials from delegation participants. Your Freedom and Mine offers crucial insight into the dramatic history and current reality of the Kurdish struggle for recognition and peace in Turkey. 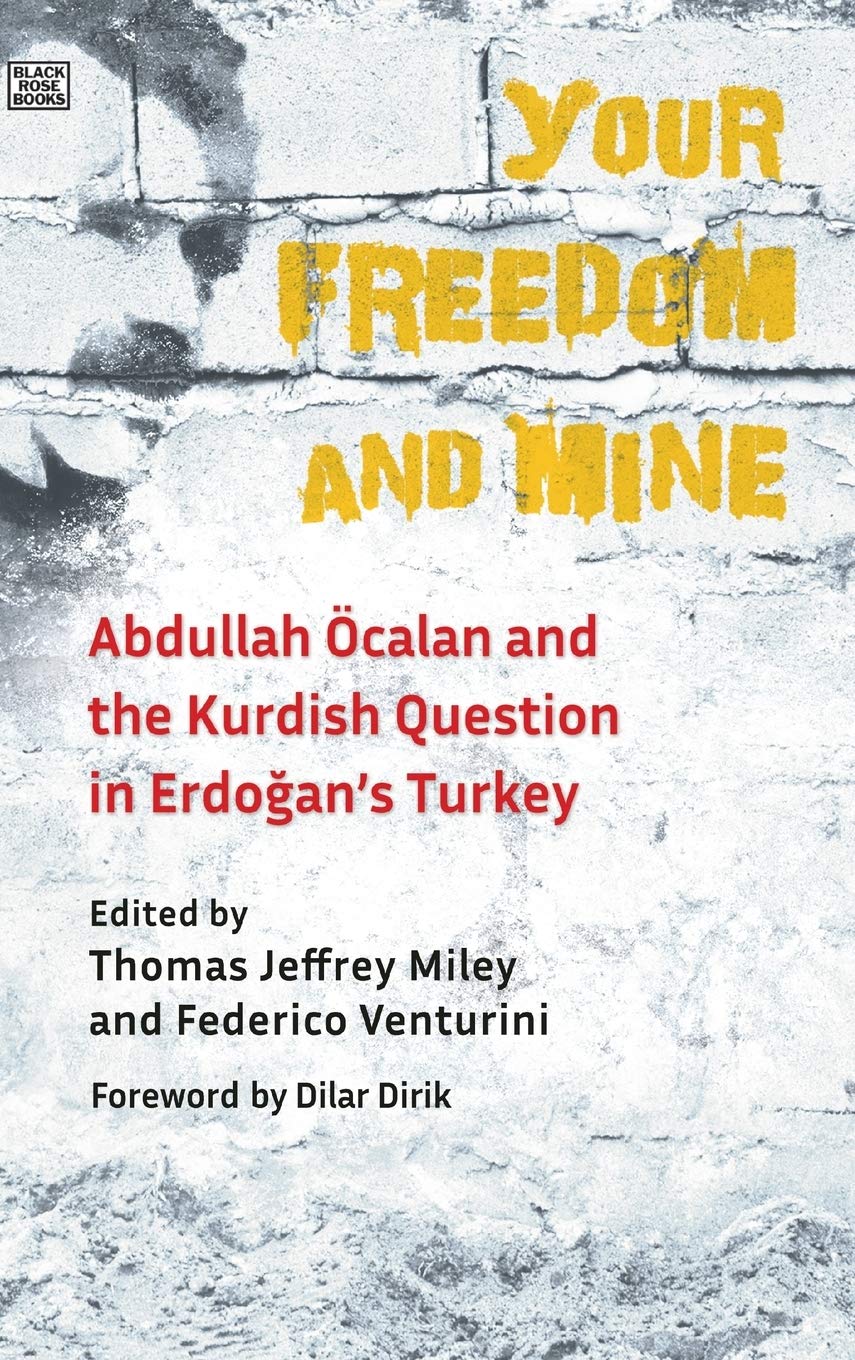