Woman on the Edge of Time – Marge Piercy

‘One of those rare novels that leave us different people at the end than we were at the beginning.’ GLORIA STEINEM’She is a serious writer who deserves the sort of considered attention which, too often, she does not get…’ MARGARET ATWOOD_______________________________________Often compared to Margaret Atwood’s The Handmaid’s Tale and Naomi Alderman’s The Power – Woman on the Edge of Time has been hailed as a classic of speculative science fiction. Disturbing and forward thinking, Marge Piercy’s remarkable novel will speak to a new generation of readers. Connie Ramos has been unjustly incarcerated in a mental institution with no hope of release.

The authorities view her as a danger to herself and to others. Her family has given up on her. But Connie has a secret – a way to escape the confines of her cell.

For fans of THE HANDMAID’S TALE and THE POWER, this is a reissue of a much loved feminist classic. 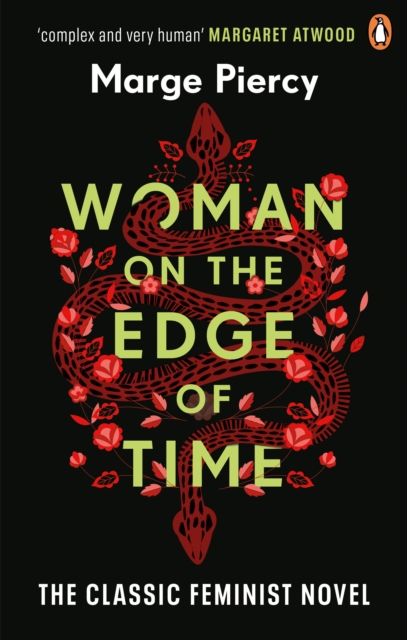