William Covell and the troubles at Enfield in 1659

An enclosure struggle sparks a discussion of how land should be used, in the wake of the English Civil War.

A great revolution always involves changes in land ownership. That the Puritan Revolution was no exception is proved by the story of agrarian riots in 1659, over property rights to Enfield Chase, a tract of land in Middlesex about nine miles from London. The struggle was between ‘Intruders’ who had
purchased part of the Chase and ‘Inhabitants’ who had traditional feudal property rights, including rights of common, over the area.
Their quarrel reproduced in miniature the conflict between moneyed men attached to the new
capitalism and men whose wealth consisted mainly of “feudal” rights and properties – the conflict which underlay the English Revolution. Just as the agrarian struggles of the Diggers helped to provoke the communistic writings of Gerrard Winstanley, the struggle at Enfield inspired the collectivist
theories of local thinker William Covell. 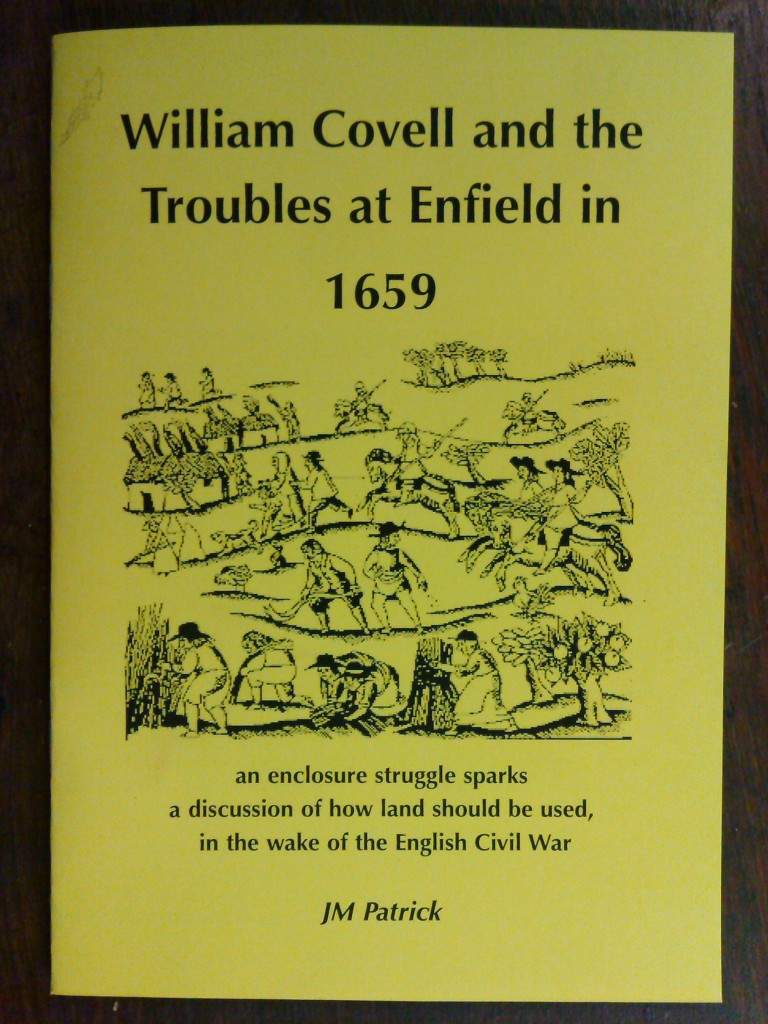