Why Work is a provocative collection of essays by writers from the 19th century through to today, dissecting work, its form under capitalism and the possibilities for an alternative society producing for our needs, rather than mere avarice. It posits the question — why do some of us still work until we drop in an age of vast automated production, while others starve for “lack of work?” Where is the leisure society that was promised?

PROBLEMS AND PLEASURES OF WORK
Tyranny of the Clock by George Woodcock
The Problem of Work by Camillo Berneri
The Art of Shovelling by Ifan Edwards
Measuring Misery by John Hewetson
The Wage System | Peter Kropotkin
“Who will do the Dirty Work?” by Tony Gibson
The Dominant Idea by Voltarine de Cleyre

ALTERNATIVES AND FUTURES
Reflections on Utopia
Collectives in Spain by Gaston Leval
Significance of the Self-Build Movement
Leisure in America by August Heckscher
The Other Economy as a Social System by Denis Pym
Visions: Drawings by Cliff Harper 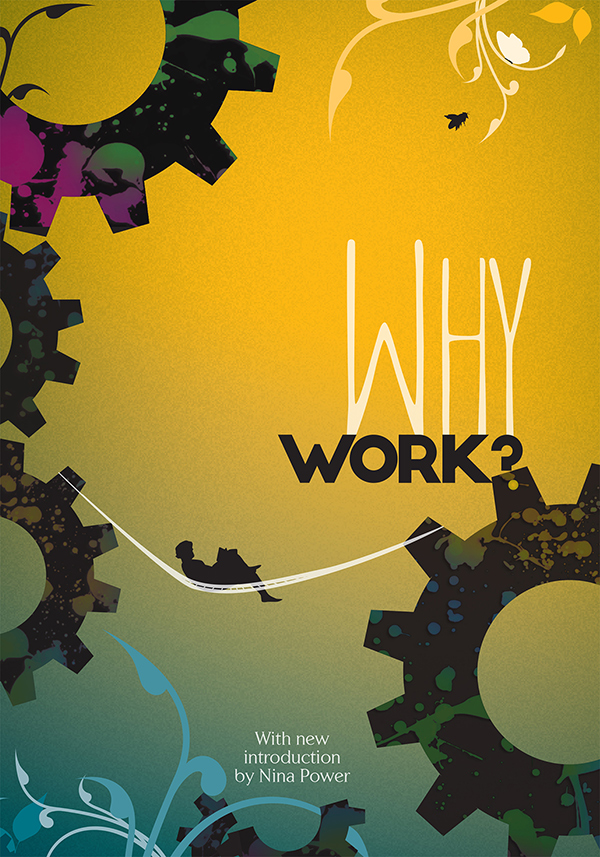