We’re Here Because You Were There: Immigration and the End of Empire

What are the origins of the hostile environment for immigrants in Britain? Drawing on new archival material from the Foreign and Commonwealth Office, Ian Sanjay Patel retells Britain’s recent history in an often shocking account of state racism that still resonates today. In a series of post-war immigration laws, Britain’s colonial and Commonwealth citizens from the Caribbean, Asia and Africa were renamed immigrants. In the late 1960s, British officials drew upon an imperial vision of the world to contain what it saw as a vast immigration ‘crisis’ involving British citizens, passing legislation to block their entry.

As a result, British citizenship itself was redefined along racial lines, fatally compromising the Commonwealth and exposing the limits of Britain’s influence in world politics. Combining voices of so-called immigrants trying to make a home in Britain and the politicians, diplomats and commentators who were rethinking the nation, Ian Sanjay Patel excavates the reasons why Britain failed to create a post-imperial national identity. The reactions of the British state to post-war immigration reflected the shift in world politics from empires to decolonization.

Despite a new international recognition of racial equality, Britain’s colonial and Commonwealth citizens were subject to a new regime of immigration control based on race. From the Windrush generation who came to Britain from the Caribbean to the South Asians who were forced to migrate from East Africa, Britain was caught between attempting both to restrict the rights of its non-white colonial and Commonwealth citizens and redefine its imperial role in the world. Despite Britain’s desire to join Europe, which eventually occurred in 1973, its post-imperial moment never arrived, subject to endless deferral and reinvention. 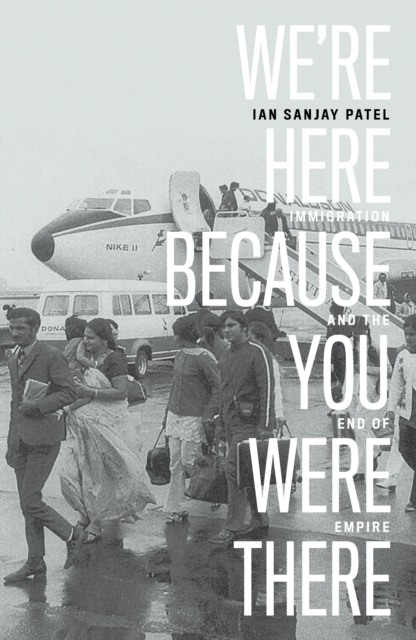