We Do Not Fear Anarchy, We Invoke It

The first international and the origins of the anarchist movement

From 1864 to 1880, socialists, communists, trade unionists, and anarchists synthesized a growing body of anticapitalist thought through participation in the First International—a body devoted to uniting left-wing radical tendencies of the time. Often remembered for the historic fights between Karl Marx and Michael Bakunin, the debates and experimentation during the International helped to refine and focus anarchist ideas into a doctrine of international working class self-liberation. An unprecedented analysis of an often misunderstood history. 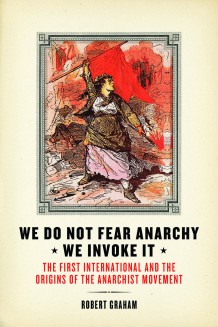