Visions of Poesy: An anthology of 20th Century Anarchist Poetry

From the blurb:
Shelley, the greatest of all anarchist poets, said that “poets are the unacknowledged legislators of the world”. The poets in Visions of Poesy are not asking for your vote, only that you read their poems. This anthology brings together for the first time some of the best anarchist poetry of this century, over 200 poems from 70 poets including Lawrence Ferlinghetti, Allen Ginsberg, Paul Goodman, Denise Levertov, Christopher Logue, Kenneth Rexroth, Allan Sillitoe…More than ever our age needs to recognise the commitment of these poets to a society free from authority’s chains. Their poetry speaks of the immense events that touch us all, wars, famines, revolution. The constraints of petty regulation. The everyday of work and love and simply getting by. But on every page can be heard the voice that says “No!”, that searches for a different way of being. This is not mere political, didactic poetry, it is direct and honest, complex and subtle, often lyrical, and it wears its heart on its sleeve. 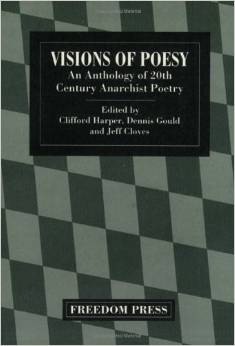