Ukraine and the Empire of Capital

Since 1991, nominally independent Ukraine has been in turmoil, with the Orange Revolution and the Maidan protests marking its most critical moments. Now, its borders are threatened and the civil unrest and armed conflict continue to destabilise the country. In order to understand these dramatic events, Yuliya Yurchenko looks to the country’s post-Soviet past in this ambitious analysis of contemporary Ukrainian political economy.

Providing distinctive and unexplored reflections on the origins of the conflict, Yurchenko unpacks the four central myths that underlie Ukraine’s post-Soviet reality: the myth of transition, the myth of democracy, the myth of two Ukraines, and the myth of ‘the other’. In doing so, she sheds light on the current intensification of class rivalries in Ukraine, the kleptocracy, resource wars and analyses existing and potential dangers of the rightwing shift in Ukraine’s polity, stressing a historic opportunity for change.

Critiquing the concept of Ukraine as ‘transition space’, she provides a sweeping analysis which includes the wider neoliberal restructuring of global political economy since the 1970s, with particular focus on Ukraine’s relations with the US, the EU and Russia. This is a book for those wanting to understand the current conflict as a dangerous product of neoliberalism, of the empire of capital. 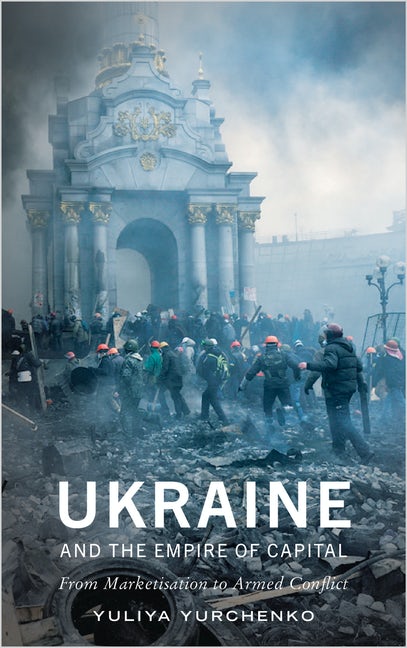