Turning my back on the Premier League

Turning My Back on the Premier League is the story of one fan’s journey from the riches of the world’s most popular football division, to the forgotten underbelly of the English football league. In the summer of 2013, devoted Manchester United fan Lee Price had a minor epiphany; in the warm afterglow of United’s 13th Premier League crown, he decided that enough was enough: from the increasing ticket prices and outright disregard of the typical fan, through to the rising wages and superficiality of the players he once called his heroes, Price could see England’s top division had sold its soul and it was time to do something about it.

Relocating to the suburbs of east London, newspaper journalist Price began to follow his local team – League Two’s Dagenham & Redbridge – and from the moment he set foot in Victoria Road, began to rediscover the true worth of a devout football fan. From the first game against Brentford on a wet summer’s day, to discussing the future of the club with its long-standing chairman, Turning My Back on the Premier League is a month-by-month account of great goals, bad pies and short-lived heroes, and how one fan rediscovered his love for the beautiful game. 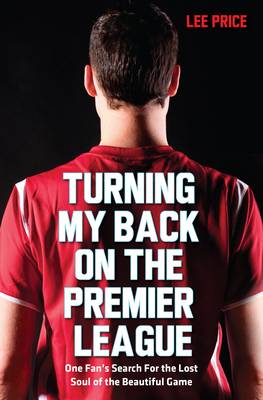