The Spitboy Rule: Tales of a Xicana in a Female Punk Band

Michelle Cruz Gonzales played drums and wrote lyrics in the influential 1990s female hardcore band Spitboy, and now she’s written a book—a punk rock herstory. Though not a riot grrl band, Spitboy blazed trails for women musicians in the San Francisco Bay Area and beyond, but it wasn’t easy. Misogyny, sexism, abusive fans, class and color blindness, and all-out racism were foes, especially for Gonzales, a Xicana and the only person of color in the band.

Unlike touring rock bands before them, the unapologetically feminist Spitboy preferred Scrabble games between shows rather than sex and drugs, and they were not the angry manhaters that many expected them to be. Serious about women’s issues and being the band that they themselves wanted to hear, a band that rocked as hard as men but sounded like women, Spitboy released several records and toured internationally. The memoir details these travels while chronicling Spitboy’s successes and failures, and for Gonzales, discovering her own identity along the way.

Fully illustrated with rare photos and flyers from the punk rock underground, this fast-paced, first-person recollection is populated by scenesters and musical allies from the time including Econochrist, Paxston Quiggly, Neurosis, Los Crudos, Aaron Cometbus, Pete the Roadie, Green Day, Fugazi, and Kamala and the Karnivores.

Michelle Cruz Gonzales played drums and wrote lyrics for three bands during the 1980s and 1990s: Bitch Fight, Spitboy, and Instant Girl. Her writing has been published in anthologies, literary journals, and Hip Mama magazine. Michelle teaches English and creative writing at Las Positas College, and lives with her husband, son, and their three Mexican dogs in Oakland, California.

Martín Sorrondeguy was born in Montevideo, Uruguay, raised in the Pilsen neighborhood of Chicago, and has called San Francisco home for the last ten years. The core of Sorrondeguy’s work is about addressing inequities through the creation of physical and artistic space—first as the singer of the internationally renowned politically charged punk en Español hardcore band Los Crudos. For the last fifteen years, Sorrondeguy has been the singer of the openly queer punk band Limp Wrist. He recently completed his third photography book, En Busca De Algo Mas(Ugly Records, Buenos Aires).

Mimi Thi Nguyen is associate professor of gender and women’s studies and Asian American studies at the University of Illinois, Urbana-Champaign. She is the author of The Gift of Freedom: War, Debt, and Other Refugee Passages (Duke University Press, 2012) and has also published in Signs, Camera Obscura, Women & Performance, positions, and Radical History Review. Nguyen has made zines since 1991, including Slander and Race Riot. She is a former Punk Planet columnist and Maximumrocknroll volunteer. She toured with other zine makers of color in 2012 and 2013, and continues to organize events and shows with and for POC punks. 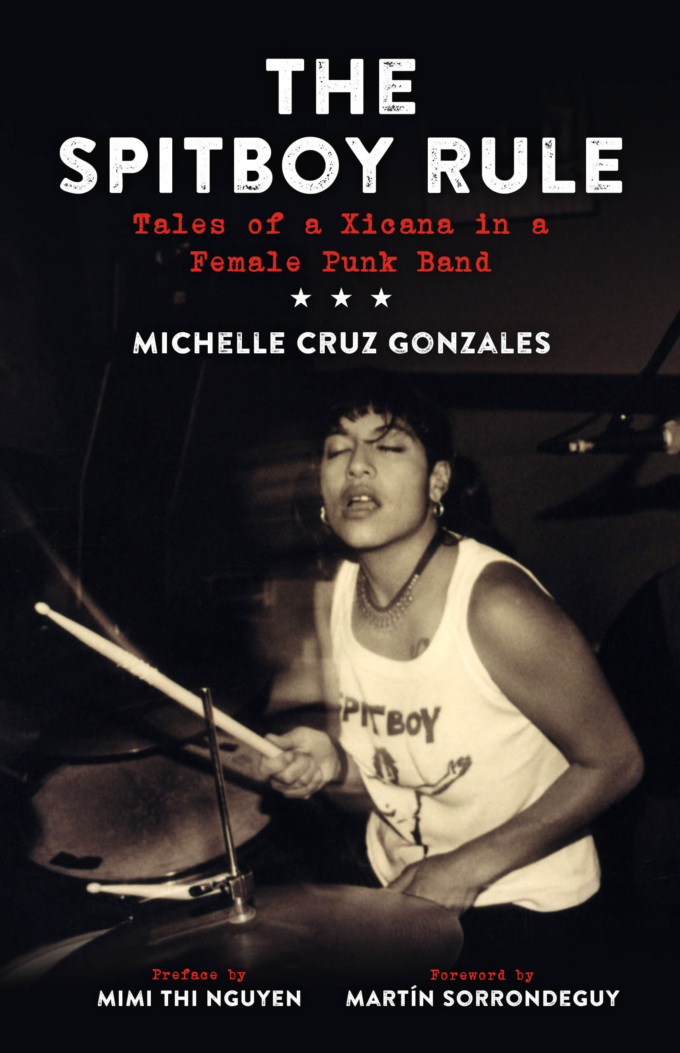