The Spirit of Marikana

On 16th August 2012, thirty-four black mineworkers were gunned down by the police under the auspices of South Africa’s African National Congress (ANC) in what has become known as the Marikana massacre. This attempt to drown independent working-class power in blood backfired and is now recognised as a turning point in the country’s history.

The Spirit of Marikana; The Rise of Insurgent Trade Unionism in South Africa tells the story of the uncelebrated leaders at the world’s three largest platinum mining companies who survived the barrage of state violence, intimidation, torture and murder which was being perpetrated during this tumultuous period. What began as a discussion about wage increases between two workers in the changing rooms at one mine became a rallying cry for economic freedom and basic dignity.

This gripping ethnographic account is the first comprehensive study of this movement, revealing how seemingly ordinary people became heroic figures who transformed their workplace and their country. 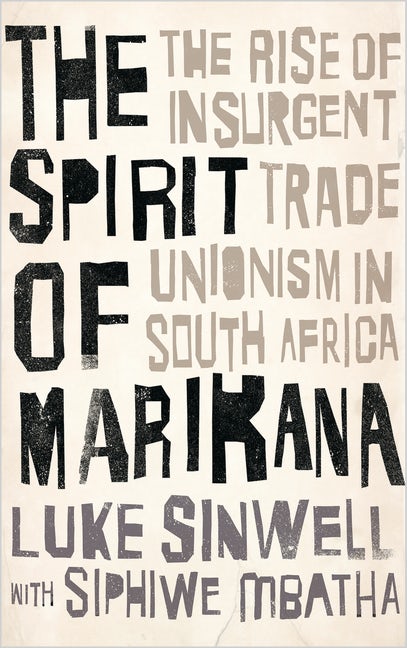