This collection provides an overview of the thought of the foremost social theorist and political philosopher of the libertarian left today. Best known for introducing ecology as a concept relevant to radical political thought in the early 1960s, Murray Bookchin was the first to propose, in the innovative and coherent body of ideas that he has called “social ecology”, that a liberatory society would also have to be an ecological one. His writings span five decades and encompass subject matter of remarkable breadth. Bookchin’s writings on revolutionary philosophy, politics and history are far less known than the specific controversies that have surrounded him, but deserve far greater attention.

Despite Bookchin’s critical engagement with both Marxism and anarchism, his political philosophy, known as libertarian municipalism, draws on the best of both for the emancipatory tools to build a democratic, libertarian alternative. His nature philosophy is an organic outlook of generation, development, and evolution that grounds human beings in natural evolution yet, contrary to today’s fashionable anti-humanism, places them firmly at its summit. Bookchin’s anthropological writings trace the rise of hierarchy and domination out of egalitarian societies, while his historical writings cover important chapters in the European revolutionary tradition.

Consistent throughout Bookchin’s work is a search for ways to replace today’s capitalist society–which disenchants most of humanity for the benefit of the few and is poisoning the natural world–with a more rational and humane alternative. The selections in this reader constitute a sampling from the writings of one of the most pivotal thinkers of our era.

Murray Bookchin was one of North America’s most important ecological voices. Active in the ecology movement for over thirty years, he authored more than a dozen books on urbanism, ecology, technology and philosophy. Edited by Janet Biehl and described by Bookchin himself as the best introduction to his work The Murray Bookchin Reader spans five decades of writings essential to the ecological and political philosophies of the contemporary libertarian left.

Janet Biehl is the author of The Politics of Social Ecology (Black Rose Books) and Ecology or Catastrophe: The Life of Murray Bookchin (Oxford University Press). She lives in Burlington, Vermont.

“Murray Bookchin was irascible, human, brilliant, and above all relevant to our own time.” — Gar Alperovitz. Professor of Political Economy at the University of Maryland

“Creative, charismatic, controversial and, many would add, more often than not a bit cantankerous, Murray Bookchin was without doubt one of the most significant thinkers of the last century.” — David Harvey, CUNY Graduate Centre 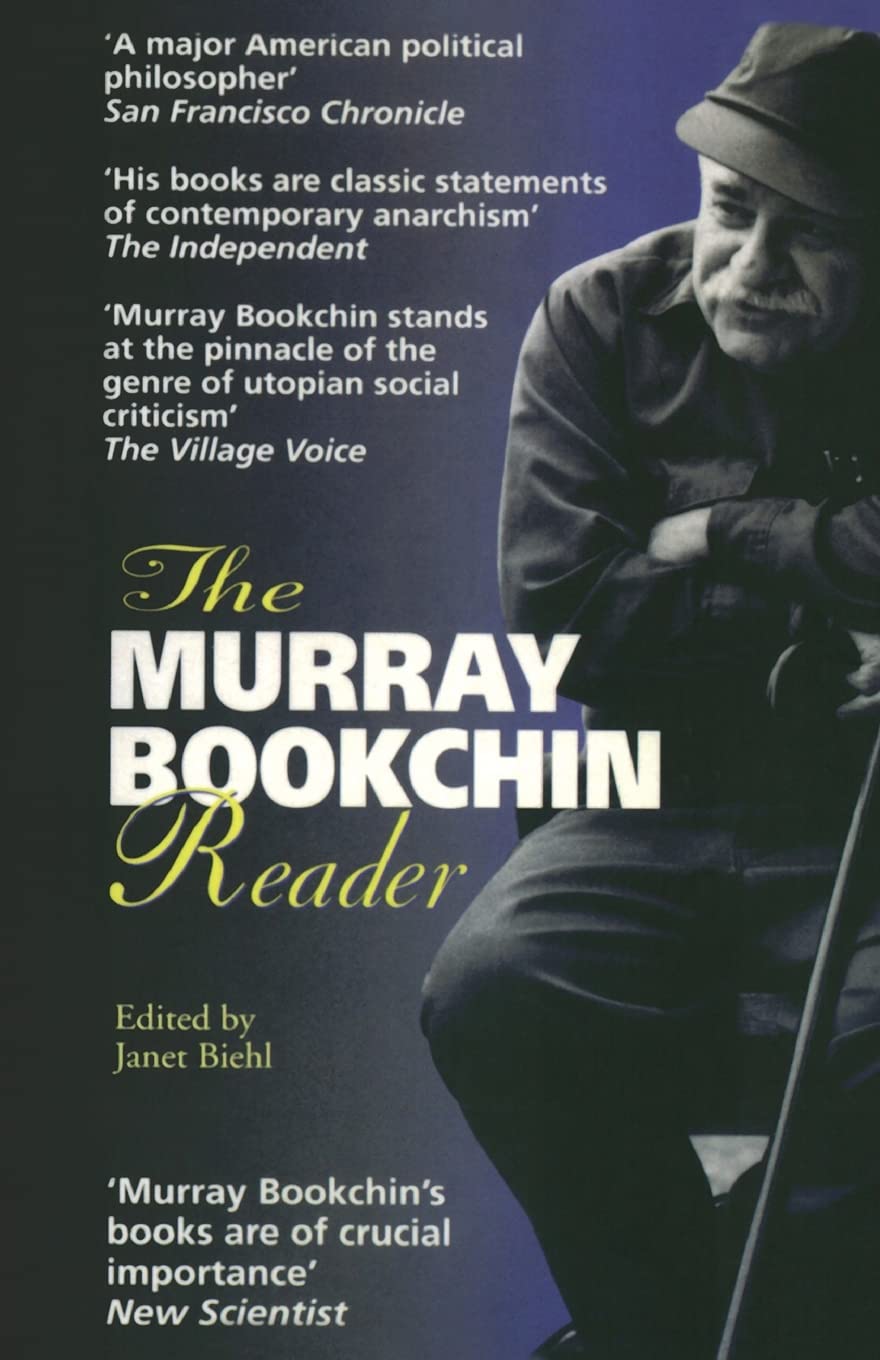