Damn his charity! In 1766 a riot broke out during Nottingham’s Goose Fair. Large cheeses were snatched and rolled down Wheeler Gate and Peck Lane, apparently bowling over the Mayor. The first part of this book examines the story behind this tale and places the Great Cheese Riot within the context of the wave of Food Riots which took place that autumn.

To the Castle! In October 1831 Nottingham Castle was burned down during the Reform Riots. Although this event is often referred to, little is known about who the rioters were and what may have motivated them. We took a close look at the direct action of these ‘misguided rascals’, discussing their identities and motives, as well as living and working conditions in early nineteenth century Nottingham. 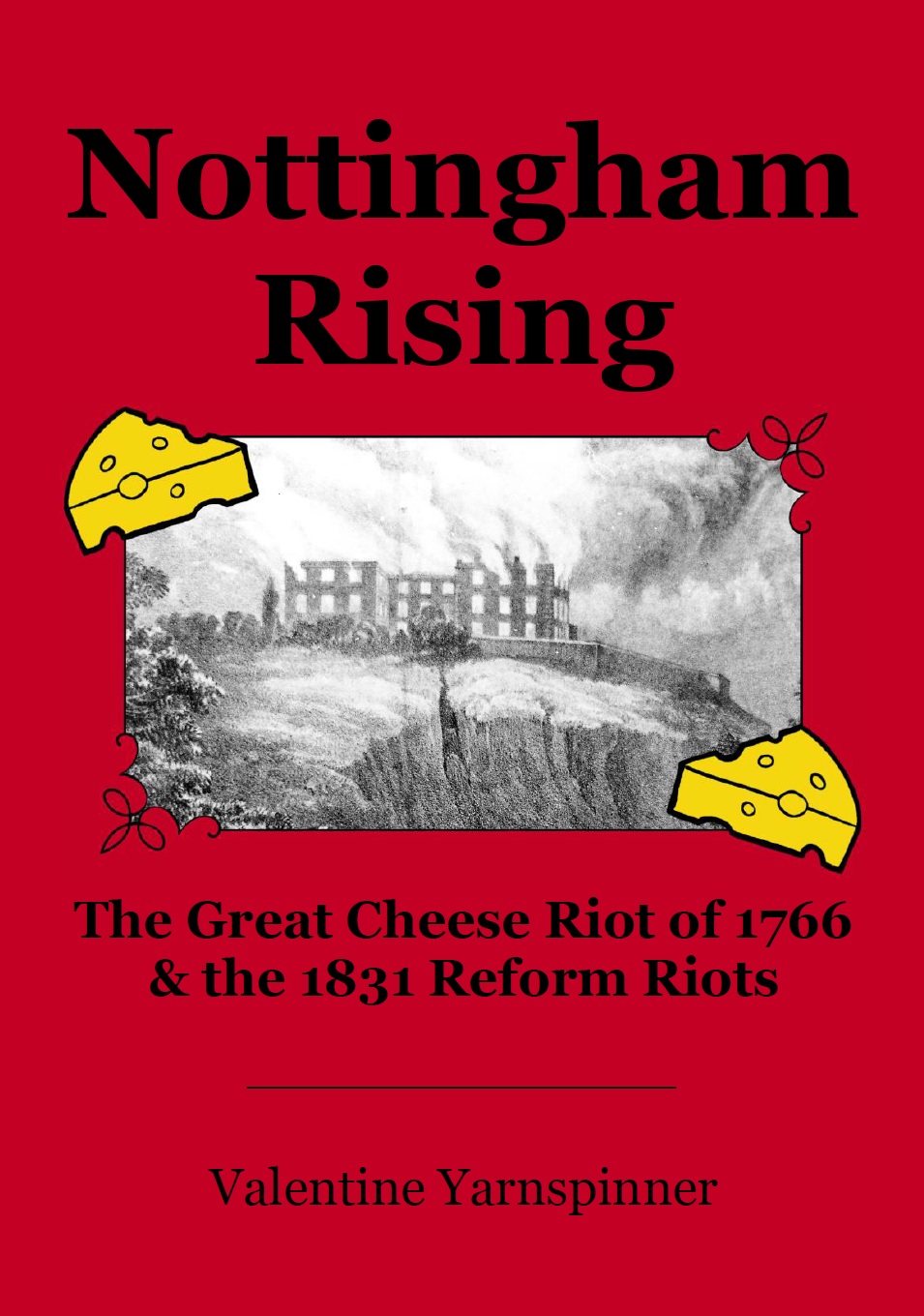