Are comics just kids’ stuff, or are they a window onto our troubled times? In this book, John Newsinger examines 2000 AD and the Judge Dredd strip and asks why it is that the most popular comic strip character in Britain is an authoritarian neo-fascist. He goes on to look at the writers 2000 AD has nurtured: Alan Moore, Peter Milligan, Gran Morrision, Garth Ennis and others, and at their impact in America. Comics like Hellblazer, The Preacher from Hell and The Invisibles are at the cutting edge, he argues. They shine light in dark places.

John Newsinger is a lecturer in the school of historical and cultural studies at Bath Spa University College. He is the author of numerous articles and is a regular contributor to Lib Ed magazine. John is the author of Feminism in Mid-Victorian Britain (1994), Dangerous Men: The SAS and Popular Culture (1997), Orwell’s Politics (1999) and he edited Shaking the World: Jon Reed’s Revolutionary Journalism (1998) 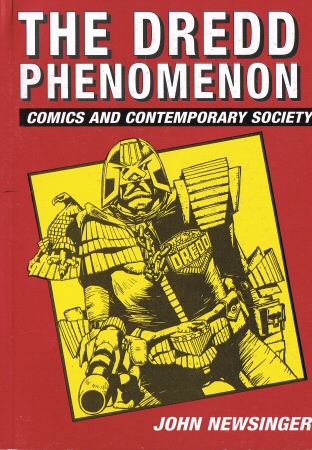