“… I do not think there can be real peace except between equals, between two peoples who together decide consciously and deliberately to share the land among themselves decently and humanely.”

The Current Status of Jerusalem by Edward Said was first given as a paper in 1995 and later published in Jerusalem Quarterly together with an introduction by Rashid Khalidi. The essay and introduction are republished by Five Leaves Bookshop as a contribution to the current debate over the future of Israel and Palestine. Edward Said’s essay is as relevant now as when it was first written. 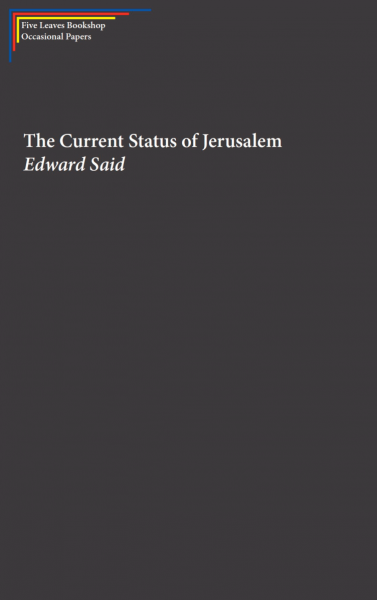