Bisexuals inhabit a liminal space between cultures, often misunderstood or dismissed by the straight and gay communities alike. This selection of intersectional bi voices has come together to share their stories, helping bi voices be heard and identities seen. It’s time to stand up and spread the good word.

Going Either Way by Chitra Ramaswamy

Decline to Answer: Why I’m Making My ‘Invisible’ Bisexuality Your Business by Lisa-Marie Ferla

Sexual Assault and Gender: Reflections on a Double Standard by Codi Coday

Photographs: Thoughts on Self-harm, Self-worth, and Self-image by Eleanor Reid

Growing Up Without ‘Queer’ by Rosy Glen

Stuck in the Middle: Being Bi and Non-binary by Robert O’Sullivan

California Here I Come: How The O.C. Helped Me Understand My Bisexual Identity by Lauren Vevers

Defining Terms: How I Finally Started Listening to My Brain and Body by Kathryn Lesko

Privilege and Privation: Experiences of Assumptions When Dating Different Genders by Jo Ross-Barrett

However It Came to Be: On Being Both Trans and Bisexual [Comic] by Naomi J Carroll

A Place to ‘B’: Queer Found Families by AJ Clay

On Being Black and Bi-furious by Jayna Tavarez

Jigsaw: On Bisexual Representation in LGBTQ+ History by Mel Reeve

FML: Fix My Life – Male Mental Health and Coming Out by Joseph Guthrie

Revelations: On Sex, Sexuality, and Religion by Dany Carter 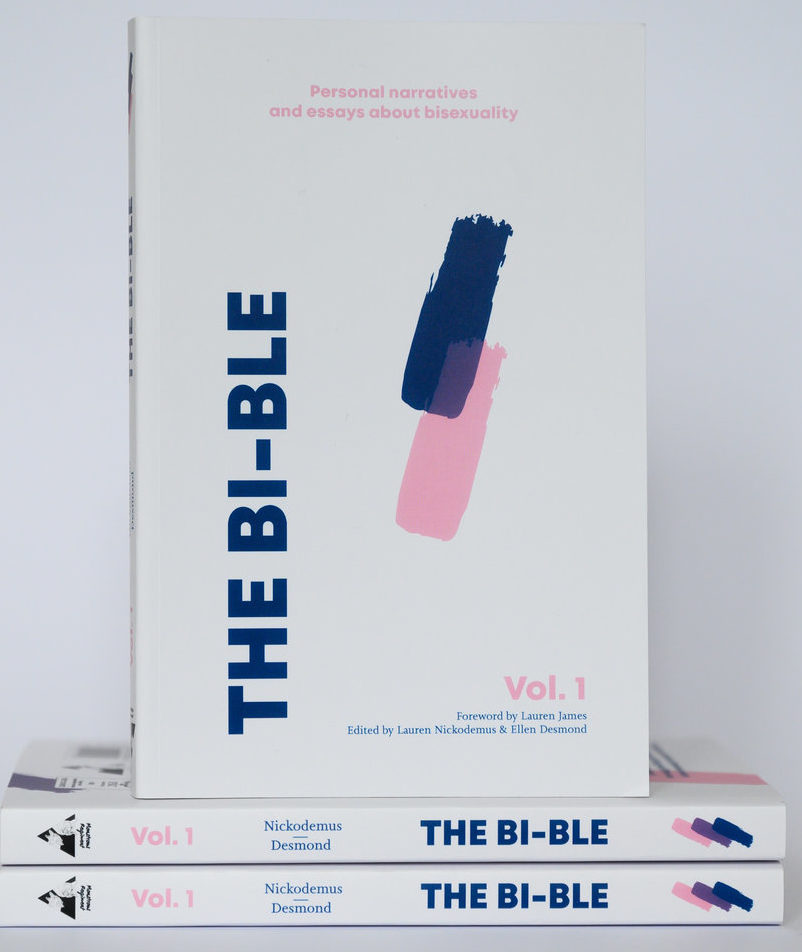