That Precious Strand of Jewishness that Challenges Authority

“For my parents and grandparents, Jewish identity, in religion, culture and language, was a given. Not so for me. I’m not religious, not a Zionist, so in what consists my Jewishness? Is a love of chopped liver and a belief that chicken soup cures all ills enough? And does it matter? This is the story of my search for answers. It is an argument with myself, with song lyrics to embellish the argument.” This essay was originally presented as the 2015 Yerushah Lecture at the Faculty of Divinity, University of Cambridge at the invitation of Dr Daniel Weiss.

About the Author
Leon Rosselson has been at the forefront of songwriting in Britain for over five decades. He has performed in every conceivable venue around the country and toured North America, Canada, Holland, Belgium, Switzerland and Australia. He has published two songbooks and released thirteen CDs plus a 4CD box set of 72 songs spanning fifty years of songwriting. He has also had seventeen children’s books published, the first of which, Rosa’s Singing Grandfather, was shortlisted for the Carnegie Medal. 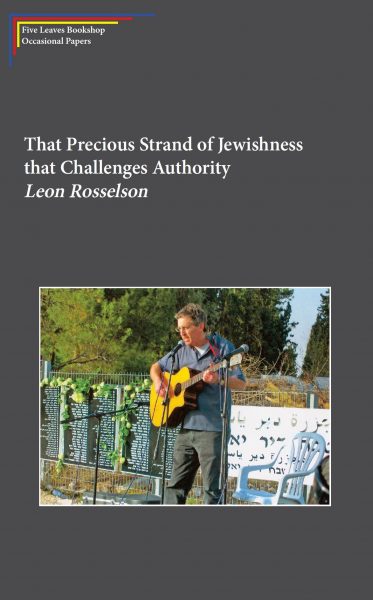