Terry Edwards and Carl Parsons tell the story of the takeover of England’s schools by the super-efficient, modernising, academising machine, which, in collaboration with a dynamic, forward-looking government is recasting the educational landscape.

England’s school system is turbo-charged into a new era and will be the envy of the world, led by Chief Executives of Multi Academy Trusts on bankers’ salaries, imposing a slim curriculum, the soundest of discipline regimes and ensuring that highest standards will be achieved even if at the expense of teacher morale, poor service to special needs, off-rolling of students and despite an absolute lack of evidence that this privatised system works. 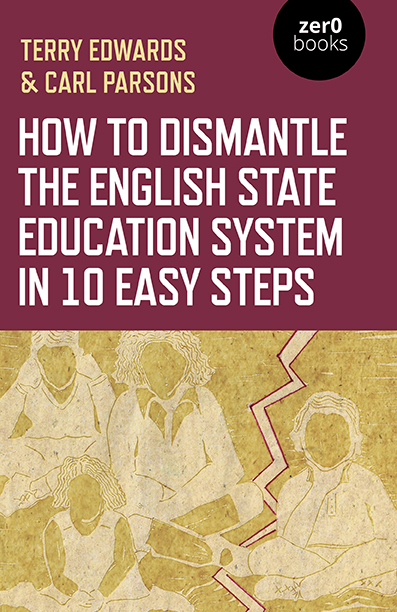