Such, such were the joys

One of the most famous writers of all time, George Orwell’s life played a huge part in his understanding of the world. A constant critic of power and authority, the roots of Animal Farm and Nineteen Eighty-Four began to grow in his formative years as a pupil at a strict private school in Eastbourne. His essay Such, Such Were The Joys recounts the ugly realities of the regime to which pupils were subjected in the name of class prejudice, hierarchy and imperial destiny.

This graphic novel vividly brings his experiences at school to life. As Orwell earned his place through scholarship rather than wealth, he was picked on by both staff and richer students. The violence of his teachers and the shame he experienced on a daily basis leap from the pages, conjuring up how this harsh world looked through a child’s innocent eyes while juxtaposing the mature Orwell’s ruminations on what such schooling says about society.

Today, as the private school and class system endure, this is a vivid reminder that the world Orwell sought to change is still with us.

Adapted by Sean Michael Wilson, and illustrated by Jamie Huxtable. 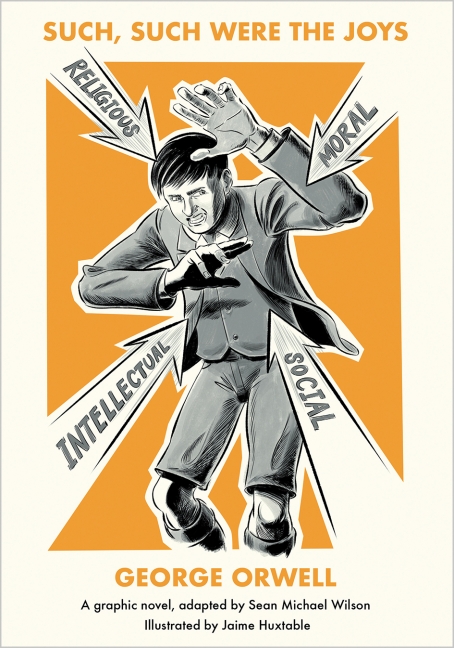