Well made “Still Anarchy” T-shirts (from the Quakers). In small, medium or large. 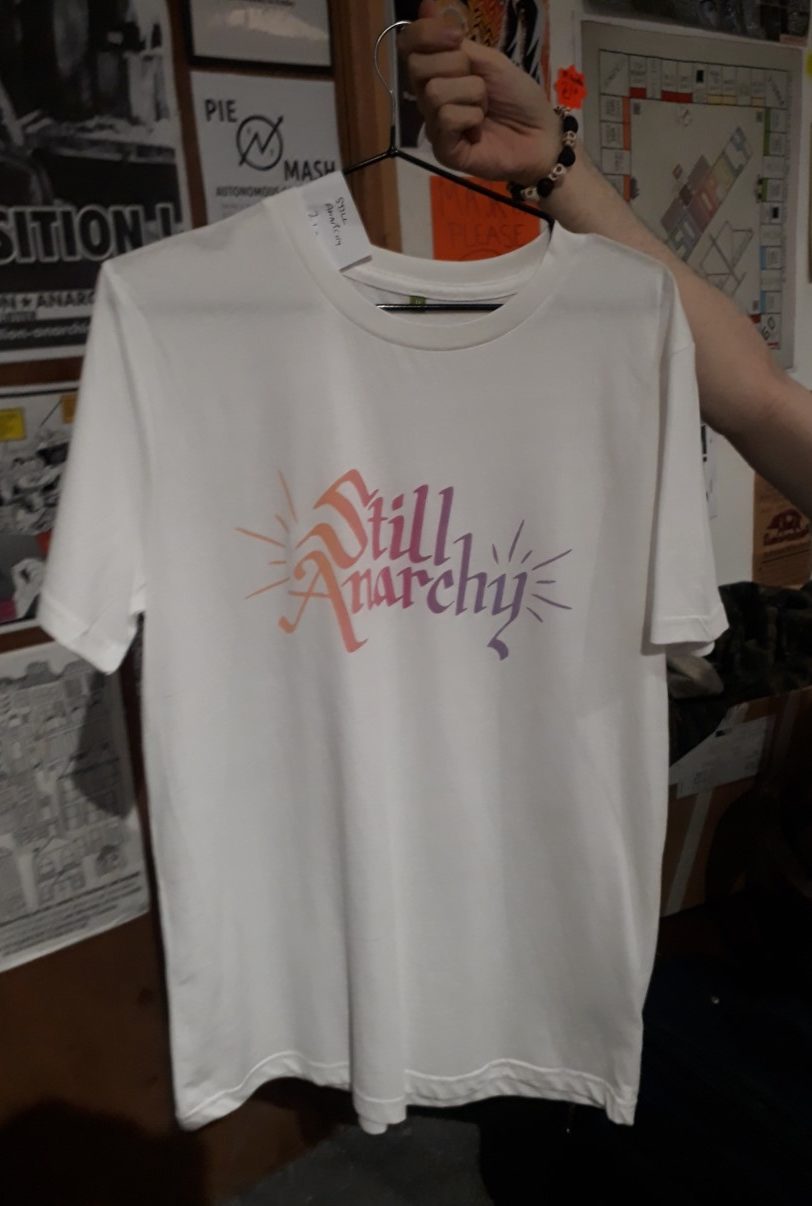