In the 1550s Elizabeth I claimed that she had “no desire to open windows into men’s souls” while seeking to do just that. This pamphlet traces a near 500 year history of British governments snooping into the lives of its citizens.

From the anti-Catholic paranoia of the sixteenth century to the effect of the radical ideas underlying the French Revolution of the eighteenth, the state increasingly expanded its surveillance activities. Industrialisation in the nineteenth century gave birth to mass working class organisations, challenging both the state’s monopoly on power and the ruling elite’s control of all wealth. Consequently radical movements such as the Luddites and Chartists were targeted for surveillance and infiltration and by the end of the century the practice was formalised, with the Metropolitan Police establishing the Special Branch in 1883, and then in 1909 the Secret Service Bureau – the basis of the MI5 and MI6 organisations.

After WW1 spying and harassment of workers organisations escalated with the Communist Party a prime target, and the Labour Party by association. The post-WW2 reappearance of radicalism in the 1960’s heralded another shift up in the state’s snooping operations, as they feared losing control of both minds and the streets. The formation of the Special Demonstration Squad, or ‘Hairies’, by the Special Branch in 1968 marked a dramatic shift. Spycops went undercover, living as radicals, in order to infiltrate groups. The adoption of dead children’s ID’s, and coercive sexual liasions soon followed, along with the renewal of spycops acting as agent provocateurs.

The pamphlet brings the issue of state snooping right up to date with an afterword by Tim Beasley which outlines the 2014 Undercover Policing Inquiry and the controversial Covert Human Intelligence Sources Bill which may become law very soon. 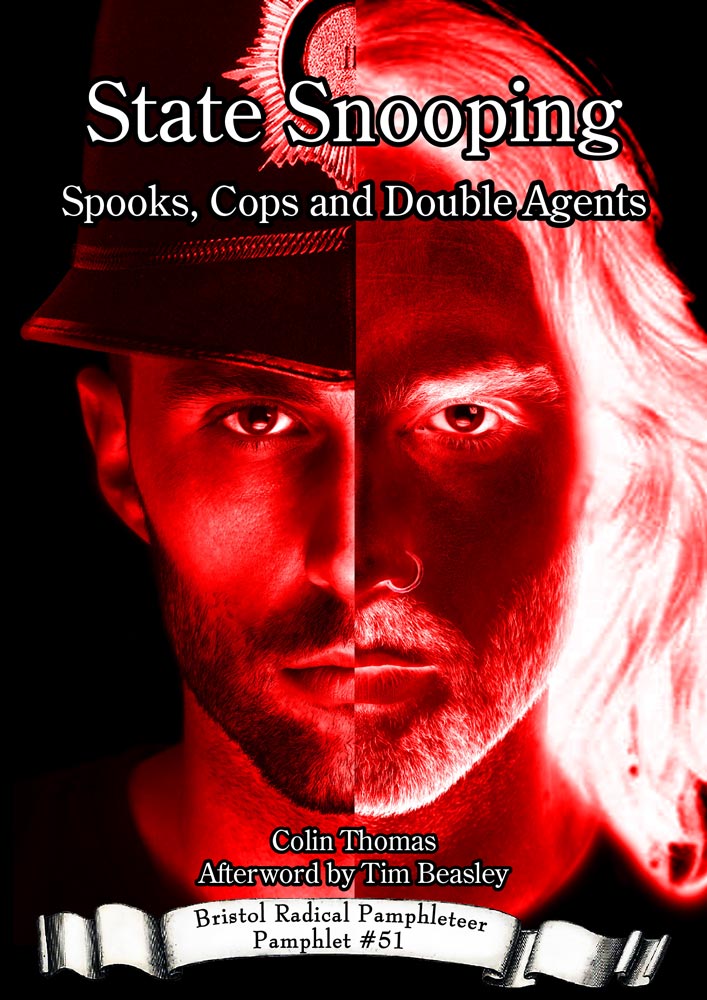