Signal is an ongoing book series dedicated to documenting and sharing compelling graphics, art projects, and cultural movements of international resistance and liberation struggles. Artists and cultural workers have been at the center of upheavals and revolts the world over, from the painters and poets in the Paris Commune to the poster-makers and street-theatre performers of the Occupy movement. Signal brings these artists and their work to a new audience, digging deep through our common history to unearth their images and stories.

In the U.S. there is a tendency to focus only on the artworks produced within our shores or from English-speaking producers. Signal reaches beyond those bounds, bringing material produced the world over, translated from dozens of languages and collected from both the present and decades past. Although a full-color printed publication, Signal is not limited to the graphic arts. Within its pages you will find political posters and fine arts, comics and murals, street art, site-specific works, zines, art collectives, documentation of performances, and articles on the often-overlooked but essential roles all of these have played in struggles around the world.

Highlights of the fourth volume of Signal include:

“If you are interested in the use of graphic art and communication in political struggles, don’t miss the latest issue of Signal.” —Rick Poynor, Observatory

“As a series, this is a great resource. Dunn and MacPhee are filling a void.” —Printeresting.org”
“Visually delectable and politically pointed.” —Political Media Review

“Signal couldn’t have arrived at a better time to reassure those of us using visual culture to enter a political discourse.” —Last Hours 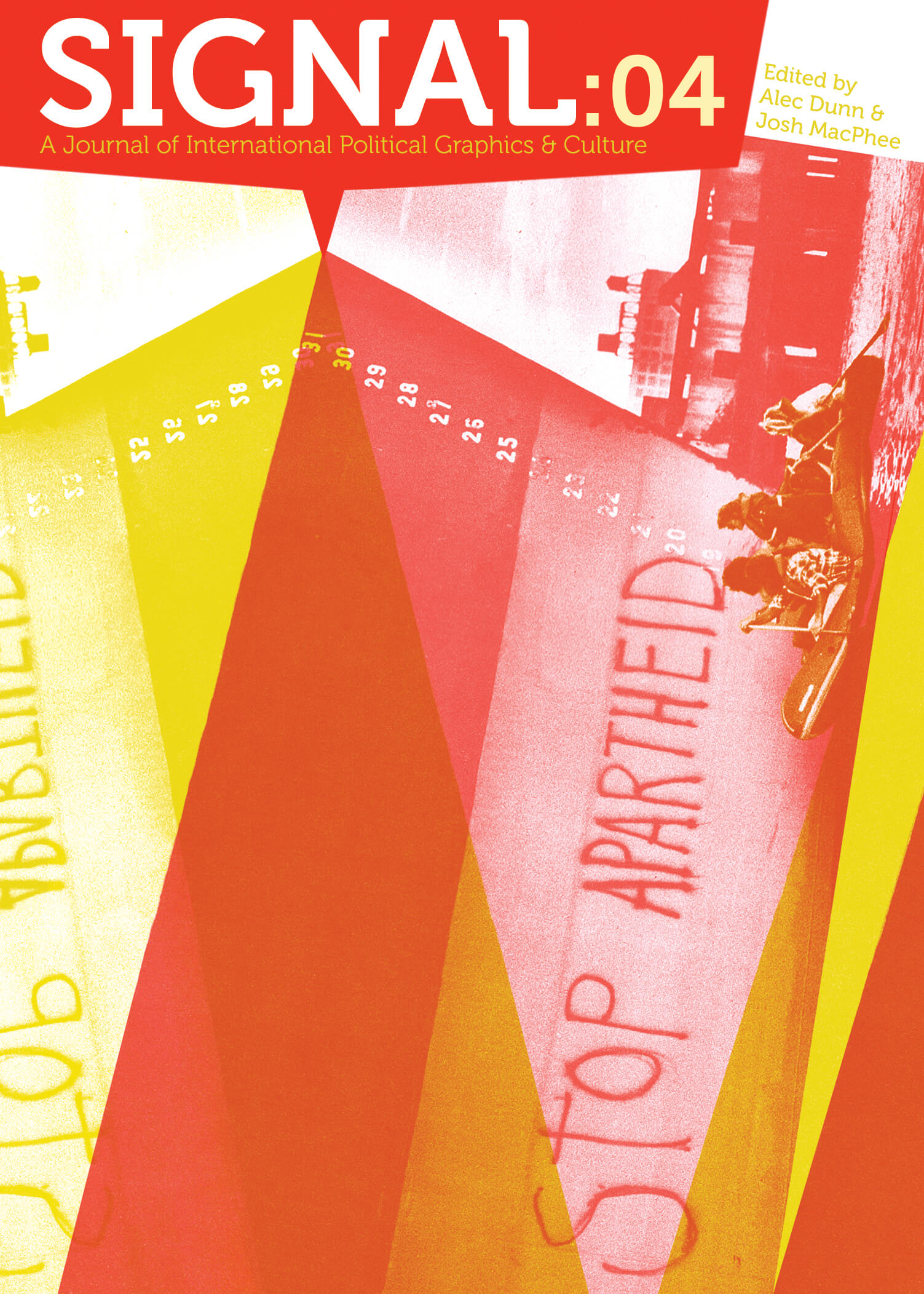