Rogue States is a collection of essays written by Chomsky in the late 1990s, all of which subvert the United States foreign policy discourse and the notion of the “rogue state”, turning the focus of criticism inwards and demonstrating how Western powers fail to uphold their own standards of conduct. Among the topics considered are the Balkans Crisis, the embargo against Cuba, and US intervention in Latin America, all of which provide important lessons for today from one of our most eminent and insightful teachers.

For too long now, many of Chomsky’s most important books have been left to languish. Introducing Pluto’s ‘Chomsky Perspectives’ series: a collectible, beautiful new list, with cover design by David Pearson. Including both enduring favourites and neglected essentials, these books will appeal to the serious Chomsky reader. 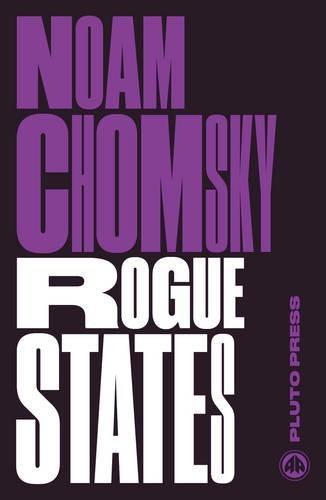