Political theorist Joshua Clover theorizes the riot as the form of the coming insurrection.

Baltimore. Ferguson. Tottenham. Clichy-sous-Bois. Oakland. Ours has become an “age of riots” as the struggle of people versus state and capital has taken to the streets. Award-winning poet and scholar Joshua Clover offers a new understanding of this present moment and its history. Rioting was the central form of protest in the seventeenth and eighteenth centuries, and was supplanted by the strike in the early nineteenth century. It returned to prominence in the 1970s, profoundly changed along with the coordinates of race and class.From early wage demands to recent social justice campaigns pursued through occupations and blockades, Clover connects these protests to the upheavals of a sclerotic economy in a state of moral collapse. Historical events such as the global economic crisis of 1973 and the decline of organized labor, viewed from the perspective of vast social transformations, are the proper context for understanding these eruptions of discontent. As social unrest against an unsustainable order continues to grow, this valuable history will help guide future antagonists in their struggles toward a revolutionary horizon.

“If communism is, as Marx wrote, ‘the real movement which abolishes the present state of things,’ then Joshua Clover is its most lucid and uncompromising contemporary theorist. Among its many virtues, Riot.Strike.Riot explains how our time of stagnant economic growth, exclusionary state violence, and uprisings of those left without reserves, might be capitalism’s end times. In doing so, he challenges all of us who are committed to bending the status quo toward justice to an ambition adequate to its breaking point.”

“Why do we find police in places where there was once an economy? This unique book is a brilliant, clearheaded analysis of the historical relation between two forms of struggle, focusing on the riot, a pre-capitalist form returning in the transformed mode of ‘riot prime’ as one of the most telling forms of our late capitalist present. Along the way, Joshua Clover gives us much needed concepts to deal with the strange new negations we have come to encounter in this moment of waning accumulation—Long Crisis, the production of nonproduction, aerosolized production—as capital shifts its center of gravity to circulation, and nonlabor struggles emerge as the logical form of social conflict based on shared distance from labor markets rather than shared labor conditions. R-S-R’ is a theory of riot but as such, crucially, a theory of periodization; it is essential reading for all students of the present.” 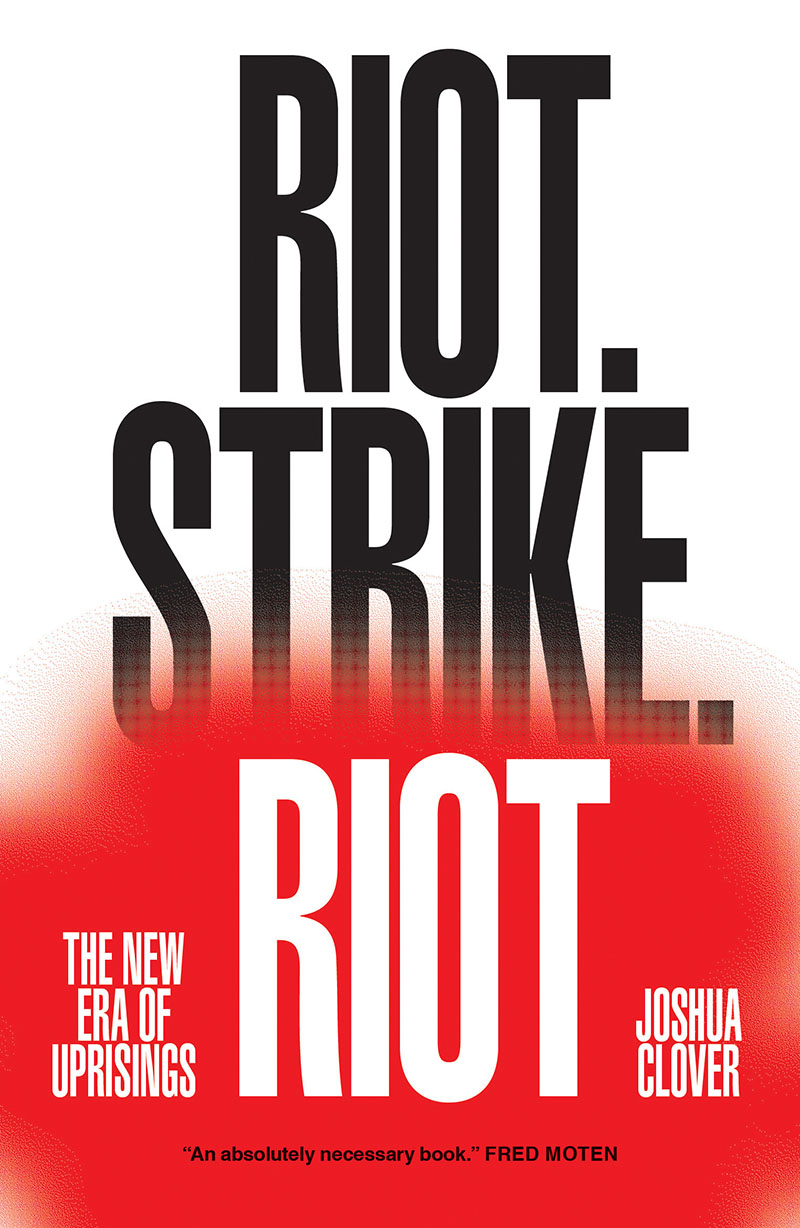