The book Revolutionary Peacemaking: Essays for a Culture of Peace and Nonviolence, written by Dr Daniel Jakopovich, investigates the contemporary “culture” of violence that we inhabit, as well as how we can build a culture of peace and nonviolence. It is a collection of interdisciplinary political and philosophical writings which explore some of the key issues of peace research, including the character and roots of various major forms of structural and cultural violence in contemporary capitalist society, impediments to the broadening of our ethical horizons and the development of humane democratic institutions and relationships, interconnections between the oppression of humans and of other animals, and political strategies for deep, transformative progressive change. The book also contains several pieces of Jakopovich’s peace poetry. Helping to formulate the philosophical and strategic foundations of revolutionary peacemaking, these writings constitute a unified endeavour to advance the ennoblement of human beings and the creation of a truly democratic, humane and peaceful society which would foster compassion and nonviolence towards all sentient beings.

The book will be of particular interest to scholars of peace studies, politics and other related fields, as well as to progressive readers, writers and campaigners. 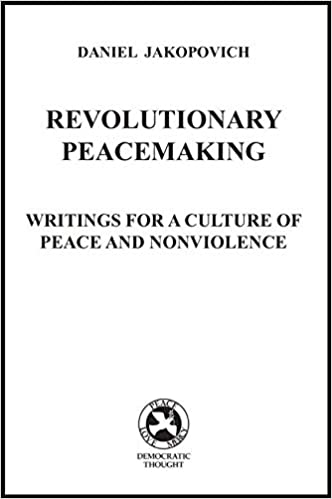