By turns a handbook of countercultural living, a manual for street protest, and a feminist broadside against the repressive state apparatus, Revolutionary Letters is a modern classic, as relevant today as it was at its inception, 50 years ago. During the tumult of 1968, Beat poet Diane di Prima began writing her ‘letters’, poems filled with a potent blend of utopian anarchism and Zen-tinged ecological awareness that were circulated via underground newspapers and stapled pamphlets. First published in 1971 by Lawrence Ferlinghetti’s City Lights in the US, di Prima would go on to publish four subsequent editions, expanding the collection each time. During the last years of her life, di Prima got to work on the final iteration of this lifelong project, collecting all of her previously published ‘letters’ and adding the new work, poems written from 2007 up to the time of her death in October 2020. 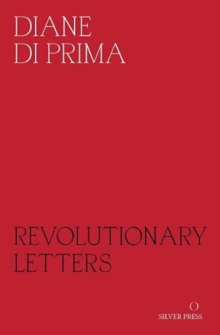