“This front line queer theatre tells first hand stories of how it is to be LGBT/Queer in Serbia and reveals the underlying issues of war, closed borders, neofascism and a country in the process of change. Activists turned performers from Queer Beograd Collective, Serbia, crossing borders between nations, cultures, genders and sexualities. Queer Beograd is a radical queer anti-fascist collective formed in 2004, at a time when it was impossible to hold a ‘Pride march’ in Serbia. our intention was to build a radical queer scene and politics in Beograd from the ground up. We needed a place to be able to meet and express ourselves without the fear of day-to-day violence on the streets. The ‘Border Fuckers Cabaret’ was developed as part of our festivals: a subcultural theatre that carried our radical politics, using laughter, fun and sexiness to seduce our audiences towards more radical political sensibilities. Here for the first time we present all of the scripts within one collection.”

More than just the scripts, the text also contains extensive commentary and illustration. 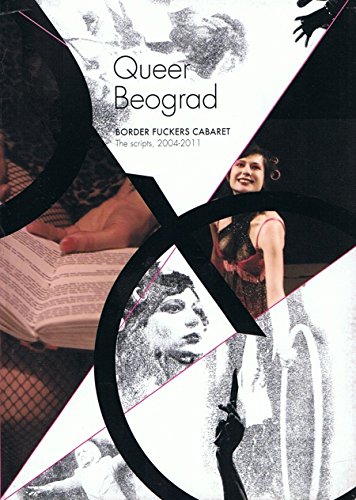