Fifty years ago, prisons across the US burned. Here’s how, why and what happened. Who were the Attica Brothers? Why did 1500 Black, Puerto Rican and white prisoners seize control of the New York Prison. And who was George Jackson? And the Soledad Brothers? And why was he murdered by the San Quentin prison administration? What is the legacy of the prison movement. And what do these forgotten histories tell us about prisons, repression and the struggle for freedom today? Thirty years later, through a mixture of archive audio and contemporary interviews, music and narration, the voices of George Jackson; Jonathan Jackson Jr; Georgia Jackson (mother of George and Jonathan); Angela Davis; David Hilliard (former Black Panther Party leader); James Baldwin; Harry Belafonte; David Johnson, Hugo Pinell, Luis Talamentez & Sundiata Tate 9all charged with the San Quentin rebellion following the murder of George Jackson); Frank ‘Big Black’ Smith (Attica Brother and prison activist); William Kunstler; Elizabeth Fink and Michael Deutsch (attorneys for the Attica Brothers); L.D. Barkley (Attica Brother murdered in the retaking of the prison in September 1971, who announced the Attica Manifesto to the world); and Ruchell Magee (prison activist still in prison for his political activities) introduce and grapple with this history and its lessons for today, and tomorrow. 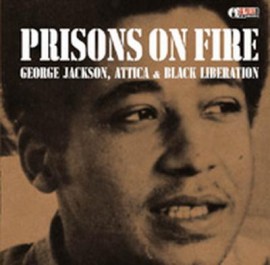