“Brian Morris blazed a lot of trails. He is a scholar of genuine daring and great humanity, and his work deserves to be read and debated for a very long time to come.”
—David Graeber, author of Debt: The First 5,000 Years

In our world of ecological catastrophe and social crisis, some roundly condemn modern civilisation as the source of our Promethean predicament. What can follow is a rejection of humanism, science and the City and a turn to either nostalgic primitivism or esoteric spirituality. But do we really need to flee the city for the woods in order to build a free society?

In this triple intellectual biography, Brian Morris lucidly discusses three intellectual giants who made an enormous, though often overlooked, contribution to modern ecology: Lewis Mumford, René Dubos, and Murray Bookchin. Morris argues that they have forged a third way beyond both industrialism and anti-modernism: ecological humanism (also known as social ecology), a tradition that embraces both ecological realities and the ethical and cultural wealth of humanism. In examining their thought, Professor Morris paves the way for fresh debate on ecology, charting an optimistic vision for the profound reharmonisation of nature and culture as well as the ecological, egalitarian and democratic transformation of our cities and society.

Essential reading for anyone with an interest or active role in ecology or philosophy and their associated disciplines, Pioneers of Ecological Humanism is written in a clear and refreshingly direct style that will appeal to academics, activists, and armchair ecologists alike.

Leaving school at the age of fifteen, Brian Morris had a varied career: foundry worker, seaman, and tea-planter in Malawi, before becoming a university teacher. Now Emeritus Professor of Anthropology at Goldsmiths College, University of London, he is the author of numerous articles and books on ethnobotany, religion and symbolism, hunter-gatherer societies and concepts of the individual. His books include Richard Jefferies and the Ecological Vision(2006), Religion and Anthropology: A Critical Introduction (2006), Insects and Human Life (2004) and Kropotkin: The Politics of Community (2004). Black Rose Books is also the publisher of his Bakunin: The Philosophy of Freedom (1993) and the forthcoming Visions of Freedom. 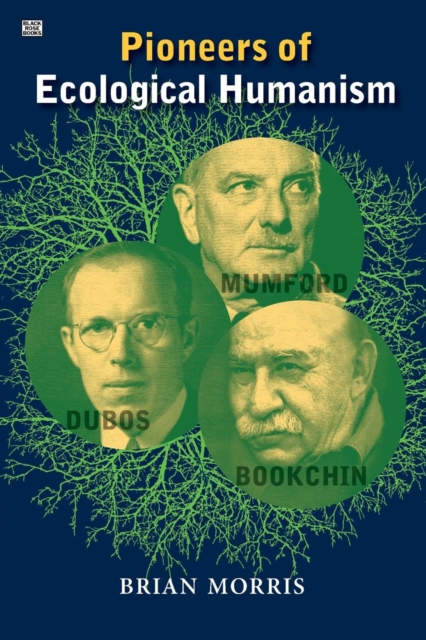