Issue 0
The theme of Orlando Issue 0 is ‘proto’ – signifying beginnings, fresh ideas and current inspirations. This particular issue introduces the voice of a younger generation, in flux, establishing grass-roots projects and questioning complicity with the bureaucratic mainstream. There is a potent sense of community. The polyphony of their voices is united by a like-minded attitude towards a notion of the collective, progressive social values, and a belief that sharing resources and ideas is key for innovative production. This polyphonic voice is inter-disciplinary – mingling art and design, film, literature, politics, and social history. The topics explored are inquisitive in nature, casting refreshing new light on potentially old attitudes and ideas, and forging a path towards a more liberated cultural embodiment.

Contents
Editor’s note: Philomena Epps.
Inspiration: Genesis Breyer P-Orridge. Jane Wells discusses the impact of Breyer P-Orridge’s life and work on her own attitude towards an evolution of the self.
Interview: Snatch Documentaries. Philomena Epps meets with Jasmine Pitt Alexa Sidor to discuss their venture into the terrain of women’s film and documentary making.
Comment: East-bound and found. Nellie Eden writes about her pursuit of something new and different during her time in Tokyo.
Art: Josie Rae Turnbull – The Spilled Sublime. Five page spread dedicated to notions of the uncanny and the ‘terrifying sublime’ in Josie Rae Turnbull’s series of artworks.
Essay: AIDS Documentary and the Engendering of Power. Theo Gordon comments on the power of the voice in How to Survive a Plague (David France, 2012) and We Were Here (David Weissman, 2011).
Conversation: BF Bifocals: Hyunjee Nicole Kim speaks to her colleague Alex Tatusian about their thoughts on artistic production and practice in relation to their urban environment of New York City.
Creative: Words: India Doyle questions the difficulties encountered when writing as a woman. 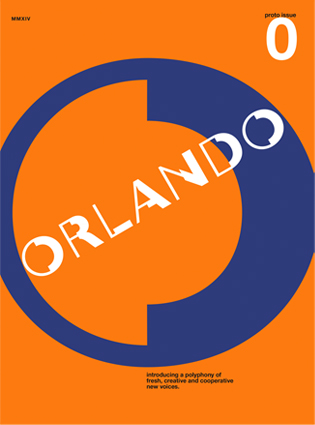